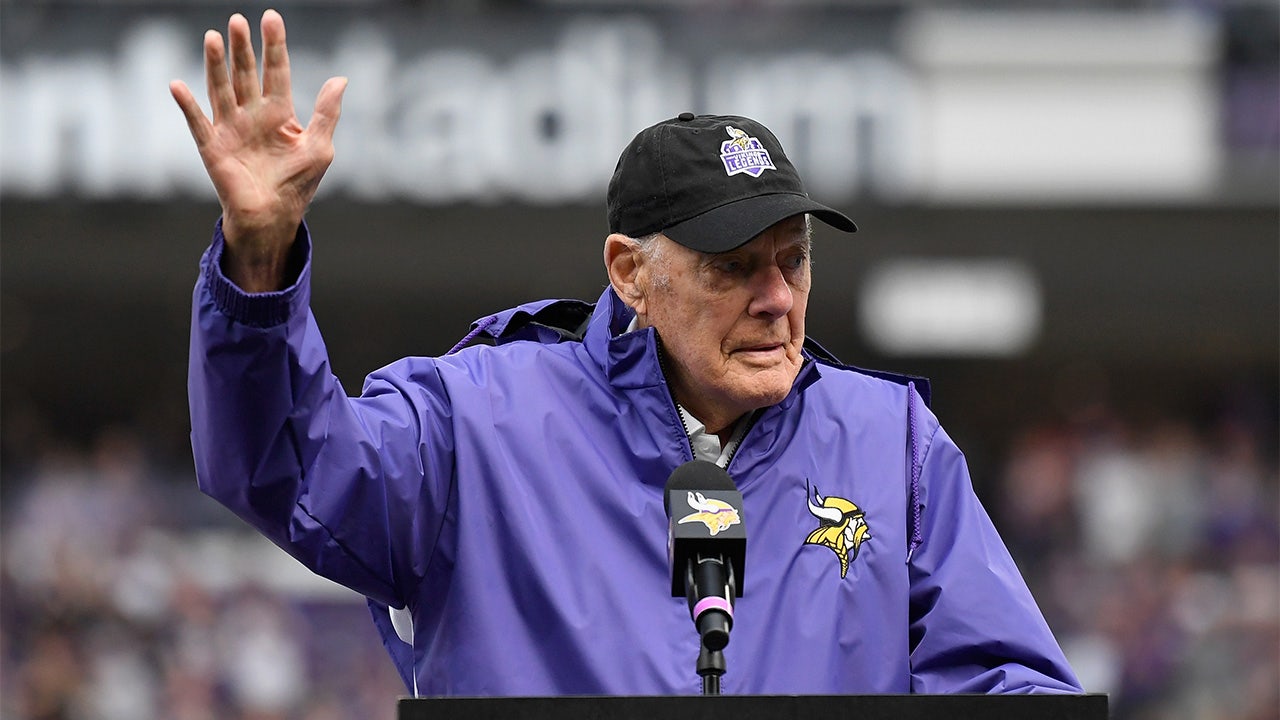 Bud Grant, 95, is practically older than the NFL itself. So when the former Minnesota Vikings coach and Hall of Famer speaks, it’s worth a listen.

And Grant did in fact speak—specifically about the rules as they relate to quarterback kneeldowns and the kicking game. Basically, he thinks it’s all gotten too soft. So he would like to see the league find a way to reduce kneeldowns and touchbacks, and yes, even fair catches.

“I would complain to people about the idea that when the trailing team was out of timeouts, the quarterback starts kneeling down and the fans are leaving,” Grant told the Minneapolis Star Tribune, adding that the answer was always, ‘There’s nothing that can be done about it.’ I kept thinking about it and decided, ‘Yes, there is. The team on offense has to make a yard — 1 yard — or the clock stops. A few things can happen when trying to make a yard. You can get stuffed. You can fumble. You can get a penalty. And you keep the fans interested.”

Hall of Fame head coach Bud Grant acknowledges the crowd before speaking as the Minnesota Vikings honor their 1969 team during halftime of the game against the Oakland Raiders at US Bank Stadium on September 22, 2019 in Minneapolis, Minnesota.
(Photo by Hannah Foslien/Getty Images)

Prior to coaching the Vikings, Grant was the main man on the sideline with the Winnipeg Blue Bombers of the Canadian Football League, winning four Gray Cups. In the CFL, there’s no such thing as a fair catch.

“I attended enough meetings to know the NFL wants to avoid admitting Canadian football has a better idea about anything. Yet, they should follow Canada and take away the fair catch,” Grant said. “There’s no fair catch in Canada, but the coverage also has to give the returner 5 yards. NFL people hear this and they’ll say, ‘It will increase injuries.’ The 5-yard cushion makes all the difference. My opinion is there won’t be a real increase in injuries, and the punt would become an interesting play.”

And don’t even get him started on players kneeling in the end zone on kickoffs.

Head Coach Bud Grant of the Minnesota Vikings stands with his team prior to the start of an NFL football game circa 1977. Grant was the head coach of the Vikings from 1967-83 and 1985.
(Photo by Focus on Sport/Getty Images)

“Why bother, if your goal is to make the kickoff the most-nothing play in football? They say it’s about safety. Injuries happen on every play,” Grant said. “They have made several changes on the way you can block on the kickoff. They can keep those. But you wait three minutes through a timeout, they come back, kick off, walk the ball out to 25.”

Head Coach Bud Grant of the Minnesota Vikings walks off the field after an NFL football game circa 1970 at Metropolitan Stadium in Minneapolis, Minnesota. Grant was the head coach of the Vikings from 1967-83 and 1985.
(Photo by Focus on Sport/Getty Images)

Grant’s ideas are actually pretty decent. But he’s probably right about the NFL not being willing to listen and make things more enjoyable for the fans. After all, the NFL thinks it always knows best. Forget the fact Grant has been around about as long as it has.