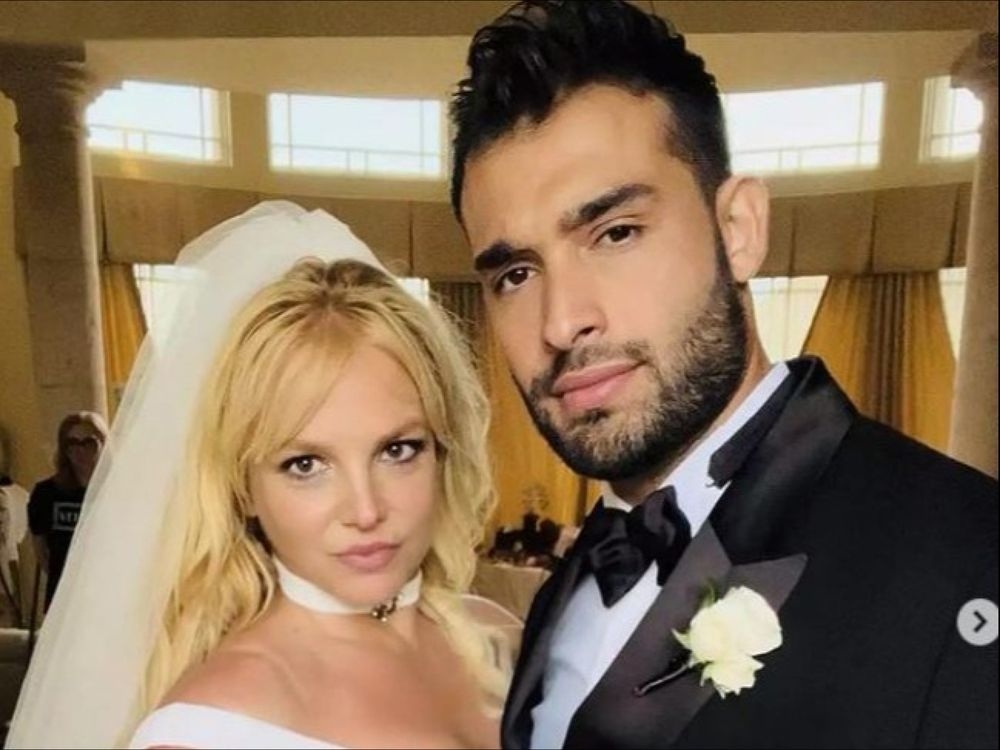 The Circus hitmaker deleted her account from the photo-sharing platform on Thursday, seemingly without warning, though it is unclear if she plans to return as she has previously taken online breaks in the past.

Before deleting her account, the 40-year-old pop star had been sharing her photos and memories from her recent wedding to Sam Asghari, who she got hitched to last week in a star-studded ceremony at her home in Thousand Oaks, California.

On Wednesday, she paid tribute to Donatella Versace for making her feel like a “real-life princess” on her big day.

Alongside a behind-the-scenes look at the intricate work that went into making the custom gown, she wrote: “Over 700 hand stitches went into tailoring and crafting my dress. A huge thank you to @donatella_versace and the @versace team for making me a real-life princess.(sic)”

The wedding – which was attended by the likes of Paris Hilton, Madonna and Drew Barrymore – was not without drama because Britney’s first husband, Jason Alexander, tried to crash the celebrations.

Jason – who she married in Las Vegas in 2004 for just 55 hours before they had their union annulled – livestreamed himself sprinting through woods as he approached the venue, and he managed to get inside the rose-covered wedding area, where the Stronger hitmaker was about to marry her model partner.

The Instagram Live video showed him scaling a fence on the perimeter of the property, before he encountered a group of security personnel and declared: “I’m Jason Alexander. The first husband. I’m here to crash the wedding!”

Alexander was subsequently arrested on suspicion of misdemeanor battery, vandalism and trespassing in Ventura County.

And earlier this week, the Gimme More singer called out her brother Bryan, insisting he, like the rest of her immediate family – father Jamie, mother Lynne, and sister Jamie Lynn – had not been invited to the wedding.

Bryan’s girlfriend Amber Lynn Conklin had claimed he missed the event because he had to be at his daughter’s graduation day instead, but the singer wrote on Instagram: “You were never invited to my wedding … so why even responded ??? (sic)”