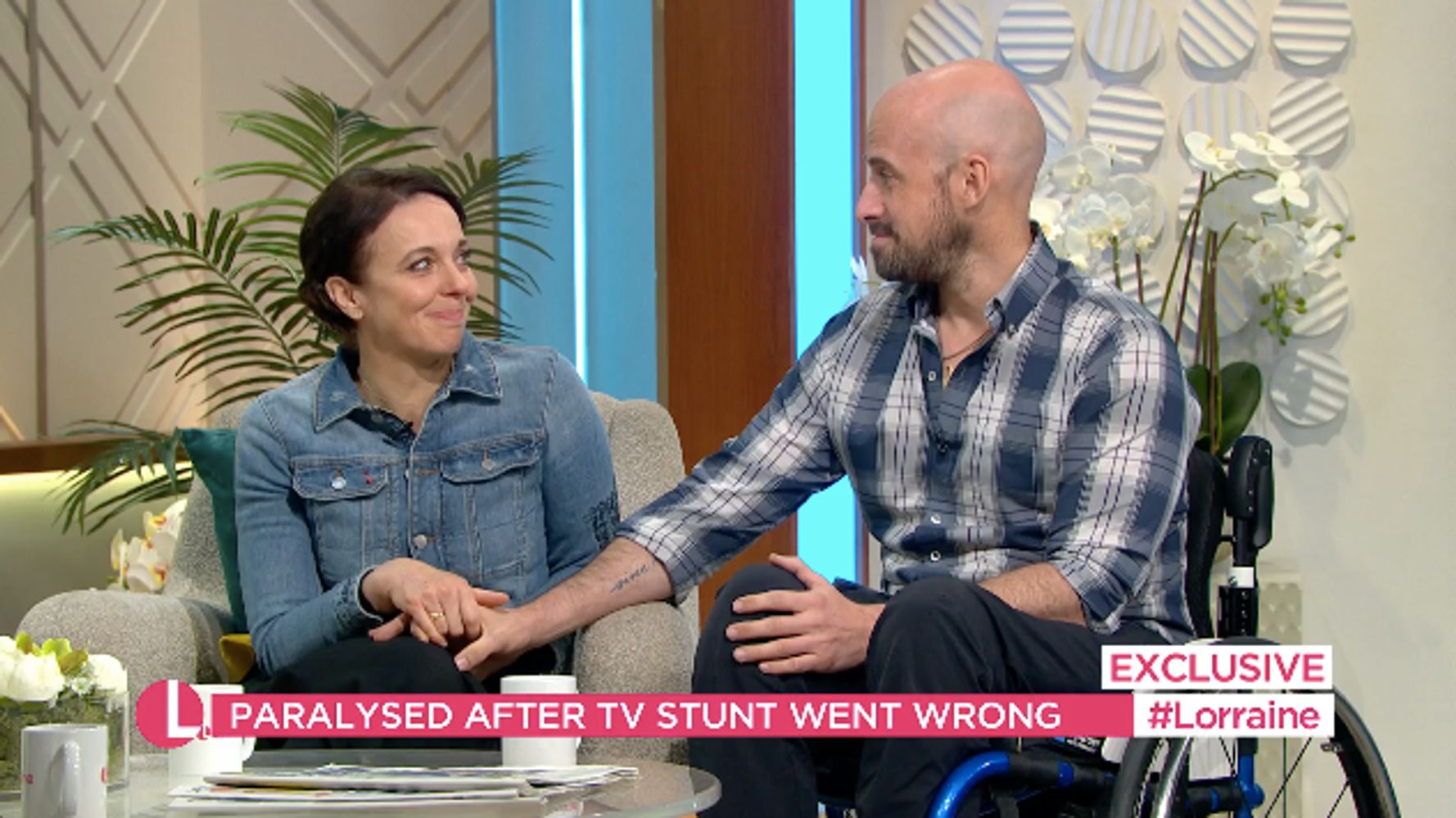 The stunt for AGT: Extreme was supposed to see the escapologist free himself and fall underneath two cars before they collided, but the vehicles were released too early and he fell 30ft to the ground, missing the safety airbag below.

Appearing on Friday’s Lorraine alongside his fiancée, Sherlock star Amanda Abbington, Jonathan opened up about the accident which has left him in a wheelchair.

“I’m not down about it. I’m doing as well as I can be,” Jonathan said.

“It was pretty gnarly. It sounds very dramatic sitting here but I nearly died… I saved my life because I fell upside down, head first to the ground but I didn’t hit my head.”

Jonathan described the emotional moment he told Amanda following the horrific accident, that she could end their relationship.

“I did say, you have a get out of jail free card – if you want to walk away, then I completely understand and she told me not to be so stupid and that was that,” he said.

Amanda added: “We are closer and tighter than ever – every day is a joy… Life’s too short – that’s what I’ve realized through all of this. Just be in the moment.

The couple also talked about their upcoming wedding later this year after deciding to get engaged “within half an hour” of first meeting.

Earlier this week, Amanda detailed the extent of Jonathan’s injuries.

“He fell 30 feet and lost a kidney, broke both shoulder blades, shattered both legs,” she told Jay Rayner on the Out To Lunch podcast.

“Third degree burns, broke his spine, severed his spinal cord and nearly died. And then on the operating table, he nearly died again.

“He’s just been in rehab since October… He’s paralyzed now, he’s in a wheelchair. Unless there’s a kind of stem cell surgery or that thing that Elon Musk is designing with the little chip, he’ll be like that [forever].”

NBC promoted AGT: Extreme, an eight-episode spin-off from its highly successful America’s Got Talent series, as a showcase of “the most outrageous, unique and jaw-dropping acts of enormous scale and magnitude that simply cannot be confined to a theater stage”.

Production on the show, which was set to broadcast in 2022, was suspended following the accident to “focus on the wellbeing of crew”.

Lorraine airs weekdays at 9am on ITV and on the ITV Hub.