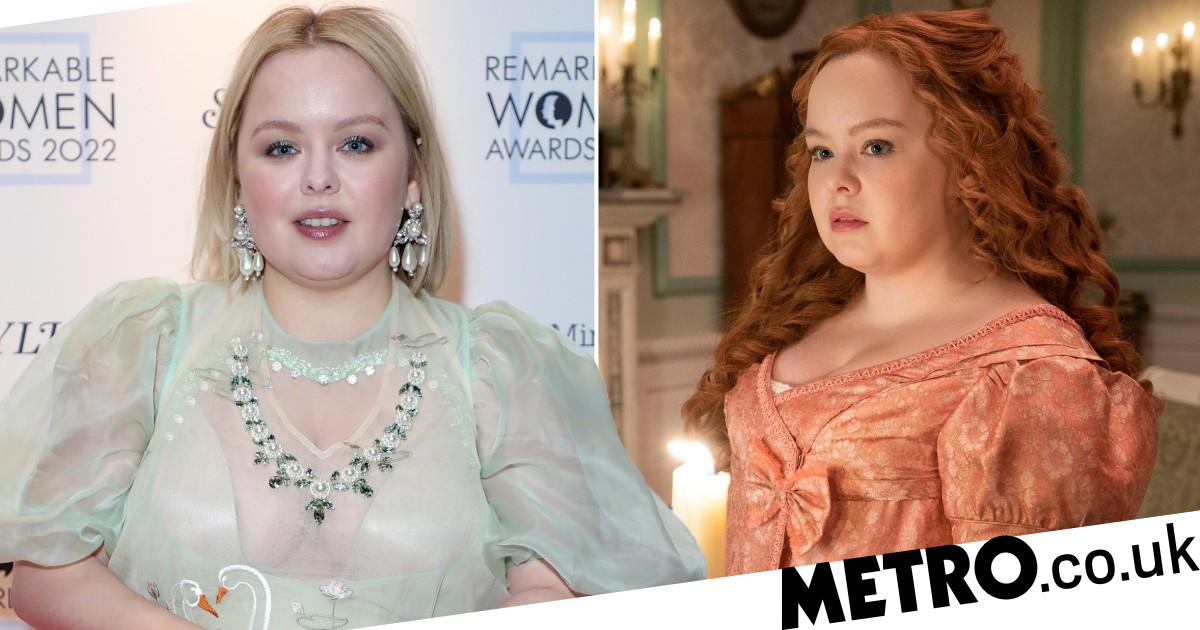 All eyes will be on Penelope and Colin next season, after Bridgerton’s Nicola Coughlan confirmed their romance will be at the center, which means fans will be witnessing some risqué scenes.

The 35-year-old actress confirmed the show’s upcoming storyline, with a stunning black and white snap of her and Luke which naturally sent fans into meltdown.

But as many know by now, it wouldn’t be Bridgerton without his signature sex scenes, something for which Nicola has prepared herself for.

When asked if she felt ready to film the X-rated scenes, she joked: ‘I’m gonna have to be.

‘I’ve known for two weeks into filming season two, so I had a lot of time to adjust to it.

Although fans were a little disheartened to discover season two wouldn’t be as steamy as the previous, showrunner Chris Van Dusen suggested things might be turning up a notch in the upcoming series.

‘I want to balance that out with quite a bit of sexiness and romance,’ he told Variety.

‘I think that’s so important to the show. We’ll get the chance to go deeper with them and push them to more serious sides and see what that looks like, so you’ll be seeing new new levels.’

The third book – written by Julia titled An Offer From A Gentleman, zones in on Benedict Bridgerton’s (Luke Thompson) love life, but fans will have to wait a little longer for his story.

The Netflix series – which is based on Julia Quinn’s collection of romance novels – will also be skipping ahead to the fourth book titled Romancing Mister Bridgerton which focuses on Penelope and Colin’s love story, whereas the third book, An Offer From A Gentleman, zones in on Benedict Bridgerton (Luke Thompson).

Bridgerton season 1 and 2 is available to stream on Netflix.

MORE : Nicola Coughlan confirms we’re going to get a Penelope and Colin romance in Bridgerton season 3 – and we cannot wait