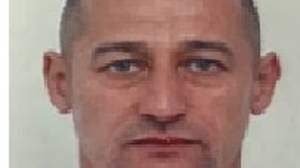 A 13-year-old boy has been arrested on suspicion of murder after a man was stabbed to death in the early hours of January 4 – the first murder in London in 2022.

Dariusz Wolosz, a 46-year-old man who lived in the area and was originally from Poland, was pronounced dead at 12:43 am.

Police were called to the High Street in Yiewsley, west London, at 12:12 a.m. on January 4 by the London Ambulance Service following reports of a man with stabbing injuries.

An autopsy found the cause of death to be stab wounds to the chest and groin.

Chief Detective Inspector Wayne Jolley said: “We believe Dariusz was attacked by a group of men in Tavistock Road following a verbal argument. The group then fled in different directions.

“The area was busy at the time with traffic and those walking past could very well have captured dash camera footage of the incident and the moments leading up to it.

“Dariusz’s family is distraught and we are doing everything we can to support them at this time.

“I urge the locals to check the doorbells and dash cams to verify them; you may have captured something that could be very important to us.”

This story is being updated.