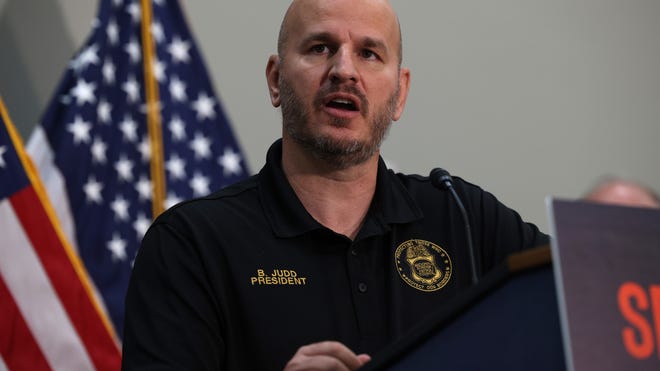 Last month, Brandon Judd, who is a Border Patrol agent and the president of the National Border Patrol Council, a union representing more than 18,000 border patrol agents, sat for an interview with Fox News anchor Bill Hemmer.

Wearing a black polo shirt bearing the crest of his union, the shaven-headed Judd stared intently into the camera as Hemmer asked him why he thinks President Joe Biden has allowed “Virtually an open border.” With a shake of his head, Judd responded: