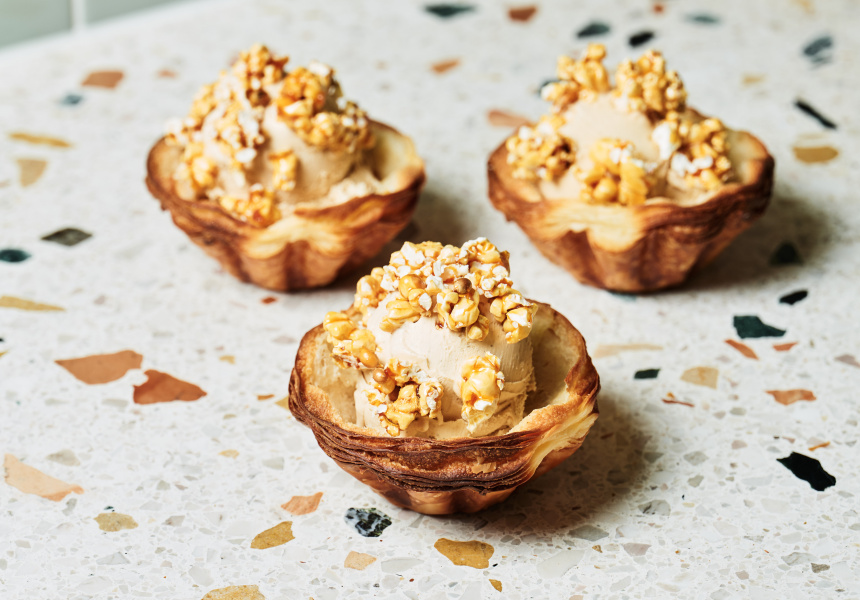 You’ve got four days only to get your hands on two limited-edition desserts at Ivanhoe gelateria Boca. And you can only get one at a time.

In February the mint-y, terrazzo-lined shop is collaborating with CBD bakery Parker Bros on two special, unusual desserts for four days only.

Come during the day for chai gelato (a nod to D’Sylva’s Indian heritage), garnished with caramelized popcorn and served in a croissant cup. At night there’ll be smoked whiskey and honey gelato drizzled with rich chocolate fudge and sprinkled with candied saltbush, again in a croissant cup. You’ll need to visit twice to try them both, but we think it’s worth it, don’t you?