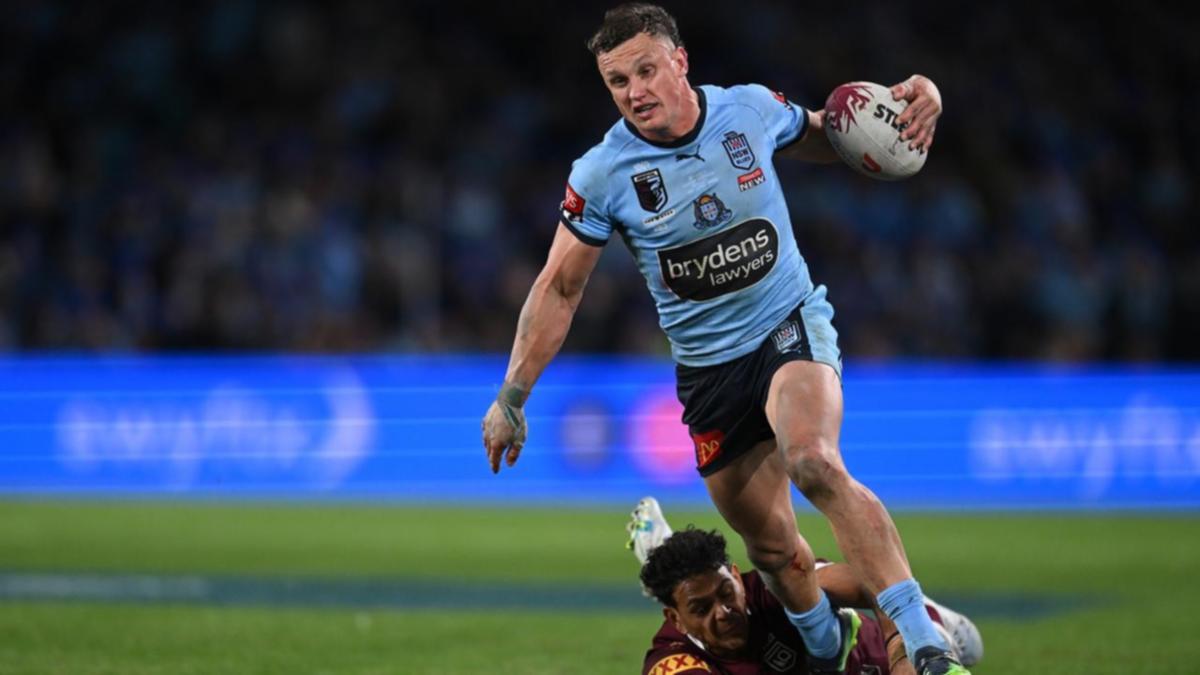 NSW have been dealt a massive blow ahead of the second State of Origin with barnstorming center Jack Wighton set to be ruled out of their must-win clash with COVID-19.

The Canberra playmaker will miss the Raiders’ clash with Newcastle on Sunday after contracting the virus, which requires him to spend seven days in isolation.

“Raiders five-eighth Jack Wighton has been ruled out of Sunday’s match against the Knights due to COVID protocols,” the club announced late on Friday.

“Wighton will follow COVID return to play protocols once his isolation is completed next week.”

Coach Brad Fittler is set to name his Blues line-up on Sunday with NSW needing victory in Perth next Sunday after Queensland clinched the series opener in Sydney.

Wighton was a certainty as the stand-out in their shock 16-10 loss.

They are set to depart Sydney for Perth on Monday to begin preparations and Wighton could possibly join the squad late in the week, however it would be a massive gamble if he would be up to playing Origin.

Wighton was shifted from his usual five-eighth role into the centers to cover the loss of injured stars Latrell Mitchell and Tom Trbojevic.

Mitchell has recovered from his hamstring injury but is yet to play an NRL game.

Penrith’s Stephen Crichton is Wighton’s likely replacement in the starting side.