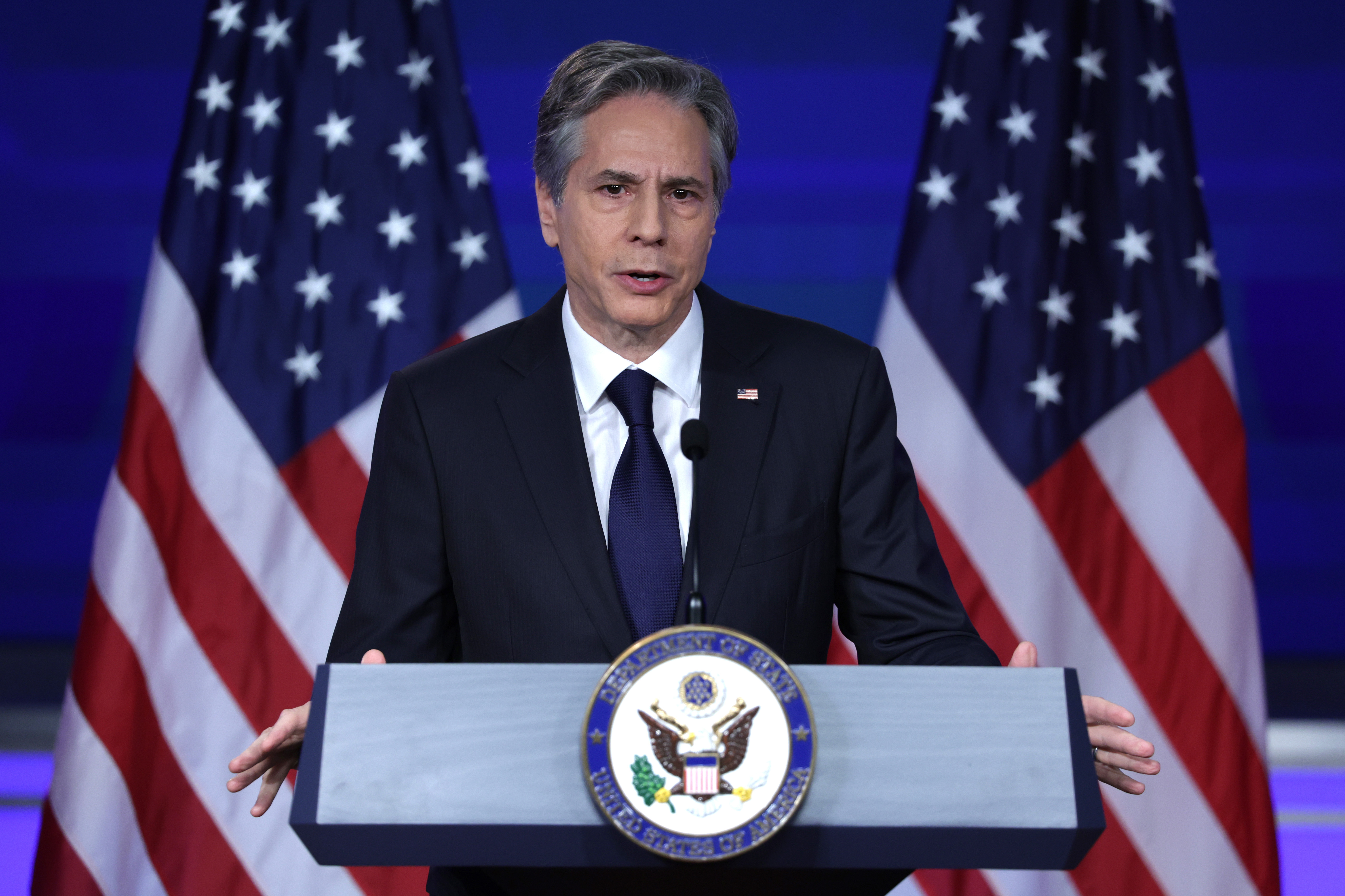 It’s hardly the concerted effort to treat the Saudis “like the pariah they are” that Biden promised as a candidate, but Blinken insists that it was never the administration’s plan. “We were determined from day one to recalibrate the relationship: not rupture, recalibrate,” he said.

It’s a delicate juggling act for a pro-LGBTQI administration.

The State Department says it has provided financial assistance to around 10,000 LGBTQI human rights defenders via its Global Equality Fund. But in pursuing what Blinken called a “first do no harm” approach to attacks on LGBTQI communities globally, the administration is also vulnerable to criticism that it acts too slowly or quietly in defending those under siege.

That group includes Brittney Griner, the out American basketball player whose imprisonment in Russia on drug smuggling charges has been extended until July 2.

Blinken has now classified Griner as “wrongfully detained” — after a two-month legal process. Her case de ella is part of a broader trend of American citizens being used as political pawns by autocratic regimes.

Asked if foreign leaders point out that LGBTQI rights are under attack in states across America, Blinken admitted, “I, not infrequently, get that response.”

The Saudi death penalty example illustrates that for other LGBTQI communities globally, the stakes are often higher than for those defending, for example, marriage equality in the United States.

Blinken painted a picture of a world polarizing on LGBTQI rights.

There is occasional real progress: “Pride in Lithuania: 17,000 people, that’s remarkable!” he noted, speaking of the recent Baltic Pride parade in Vilnius, and highlighting a successful years-long push to decriminalize homosexuality in Botswana that was supported by the United States.

All that exists against a grim backdrop: one in three countries globally still criminalize homosexuality.

Blinken describes the current backlash against LGBTQI communities as “a deadly serious time,” and frames these attacks as a “canary in the coal mine” for broader human rights and democratic freedoms.

While leaders such as Russia’s Vladimir Putin provide extreme examples of the use of anti-gay ideology, the administration is worried about many other countries. And yet, the State Department remains reluctant to name and shame.

Privately, US diplomats point to Hungary, Poland, Guatemala and Indonesia as examples.

“The last thing we want to do is actually make things worse,” Blinken told POLITICO, arguing that “we have to do it on a case-by-case basis, because every country has a different situation.”

The decision on whether to go public with criticism often depends on feedback from local activists, Blinken said, adding that he insists on American diplomats abroad providing “as much early warning as possible” about new attacks on rights.

In a common Biden administration refrain, Blinken emphasized the importance of coordination with allies: “Coming together can make a big difference: the country in question will take it more seriously.”

That work would be easier if Jessica Stern, the US special envoy to advance the human rights of lesbian, gay, bisexual, transgender, queer and intersex persons, had more than three counterparts around the world — in London, Rome and Buenos Aires.

Stern warned that autocratic governments are copying anti-LGBTQI legislation from each other and anti-gender movements are gaining strength — often funded by American private donations.

The Global Philanthropy Project estimates that since 2008, “eleven United States organizations associated with the anti-gender movement funneled at least $1 billion into countries across the globe” — vastly outspending LGBTQI advocacy.

“The anti-gender movement is growing in strength. It’s well networked, and it’s well resourced,” Stern told POLITICO. “Bad ideas are copied. And we’re seeing copycat legislation and a new crop of criminalizing laws that target LGBTQI activists around the world.”

“When you say a law criminalizes me for who I am, it violates my rights. But if you argue for equal protection under the law, you’re attacked as an activist. There’s never a way forward,” she lamented.

Promising to “make sure that [the State Department] actually reflects the full country that we represent,” Blinken described Stern’s role as being able to “walk into my office and walk into any office 24/7,” and “give us that intense focus that we need.”

Blinken remains worried but upbeat — believing that the backlash experienced by some LGBTQI communities is because of the broad success they have had in speaking out and securing both legal rights and cultural affirmation. “The planet as a whole” he said, “has never been more tolerant by lots of measures.”

“In every corner of darkness, we also find some places of light,” he said.