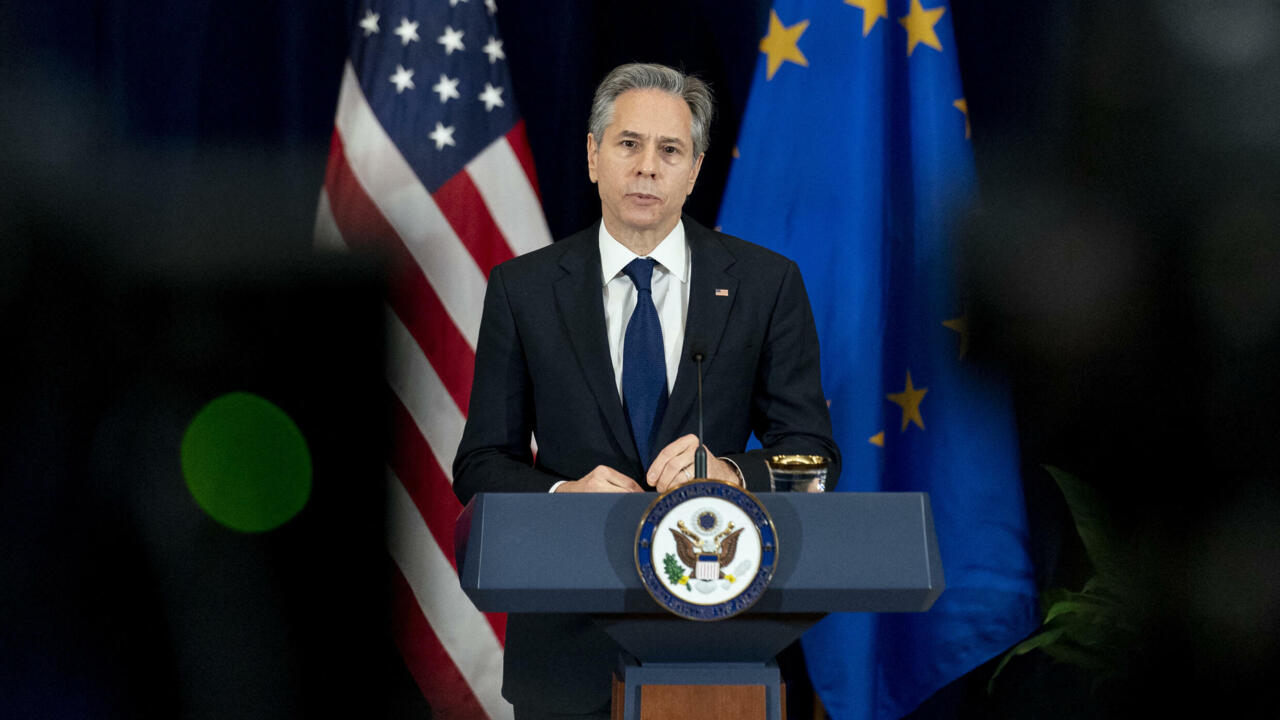 Blinken headed for the Asia-Pacific on Tuesday aiming to shore up regional partnerships in the face of an expansive China, even as the crisis on Ukraine’s border simmers.

Blinken will spend three days in Melbourne for a meeting with foreign ministers of the Quad, the informal US-Japan-India-Australia grouping that Washington hopes will become a bulwark against Beijing’s push for regional dominance.

The visit will include meetings with senior Australian officials, including Prime Minister Scott Morrison, as they seek to build on September’s AUKUS trilateral defense pact with Britain. The shock challenge to China included a Washington-Canberra deal to buy eight nuclear-powered submarines.

His trip comes only hours after a Washington press conference with top EU officials sought to show a united front on the threat presented by the estimated 140,000 Russian troops now massed on Ukraine’s border.

After departing Australia on Saturday, Blinken will stop briefly in Fiji to meet with a number of Pacific island leaders – many of whom are being wooed by China.

“The key message that the secretary will take with him on this trip is that our partnerships deliver,” said Assistant Secretary of State for East Asian and Pacific Affairs Daniel Kritenbrink.

“The Quad is a key component of US foreign economic and security policy in the Indo-Pacific region,” he said.

“It’s through this partnership that we’re strengthening the security environment in the region to push back against aggression and coercion.”

Launched in 2007, the Quadrilateral Security Dialogue, or Quad, has given a framework to what began as joint US-India-Japan naval exercises in the Indian Ocean, dubbed the Malabar Exercises.

Australia’s commitment to the initiative sagged until 2017, when the alliance was revitalized with a focus on countering China, as Beijing expanded its military presence regionally.

>> Were the French blindsided by the AUKUS submarine deal?

Australia rejoined the Malabar Exercises in 2020, the same year Chinese and Indian troops engaged in bloody clashes in a contested border region, giving traditionally non-aligned New Delhi a push towards the grouping.

India is “the critical, crucial member in the Quad,” Kurt Campbell, White House coordinator for the Indo-Pacific, said in November.

Washington has in recent years pushed to expand the Quad’s purposes, using it as a framework for coronavirus vaccine distribution and climate talks.

“It’s not just about competing with China. It’s also about advancing areas where we believe we have something to offer,” Campbell said.

The meetings in Melbourne will help set the agenda for a Quad leaders summit in Japan expected sometime mid-year.

Blinken’s meetings in Australia will take place under the cloud of Russia’s ongoing threat to Ukraine.

Even as the top US diplomat prepared to depart for Melbourne, US officials were saying Russia had at least 110,000 troops and large amounts of firepower standing ready to invade on the border of its pro-West neighbor.

“This is not alarmism. This is simply the facts,” Blinken said at Monday’s press conference.