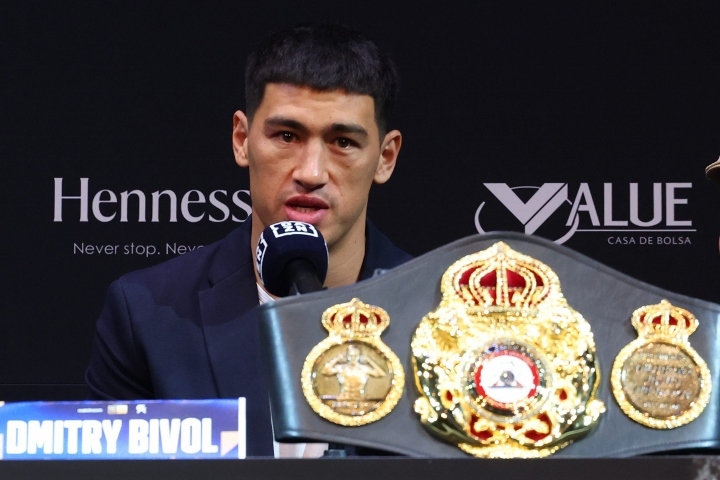 Bivol will defend his title against Canelo on Saturday night at the T-Mobile Arena in Las Vegas.

The Klitschko brothers have taken up arms to defend their homeland of Ukraine against the ongoing invasion by Russia.

They believe Russian boxers like Bivol should be prevented from fighting until the invasion has ceased.

Bivol, who has friends living in Ukraine, has openly voiced his opposition against the war.

But, his words are not enough for the Klitschko brothers.

“[Bivol should] not [be facing Canelo]. Every sanction, and it’s nothing against the personality or athletes, it’s about the politics of Russia,” Wladimir Klitschko told BBC Radio.

“Every Russian representative in this case needs to be sanctioned, because this way we show to Russia that the world is against this senseless war and that there’s no good in this war.”

Bivol is urging the Klitschko brothers to stay away from mixing politics with sports.

“All his career I support him, I liked how he was fighting and of course I was glad when he won. He is [a] sportsman, he should know sports and politics is different. He was [an] athlete. Now he is a politician. It is sad that he wants to shake it up and mix sport and politics, “Bivol told IFL TV.

The WBA, who removed Russian boxers from their rankings, are also not allowing Russian boxers to enter the ring with their home flag or have the Russian national anthem played before sanctioned fights.