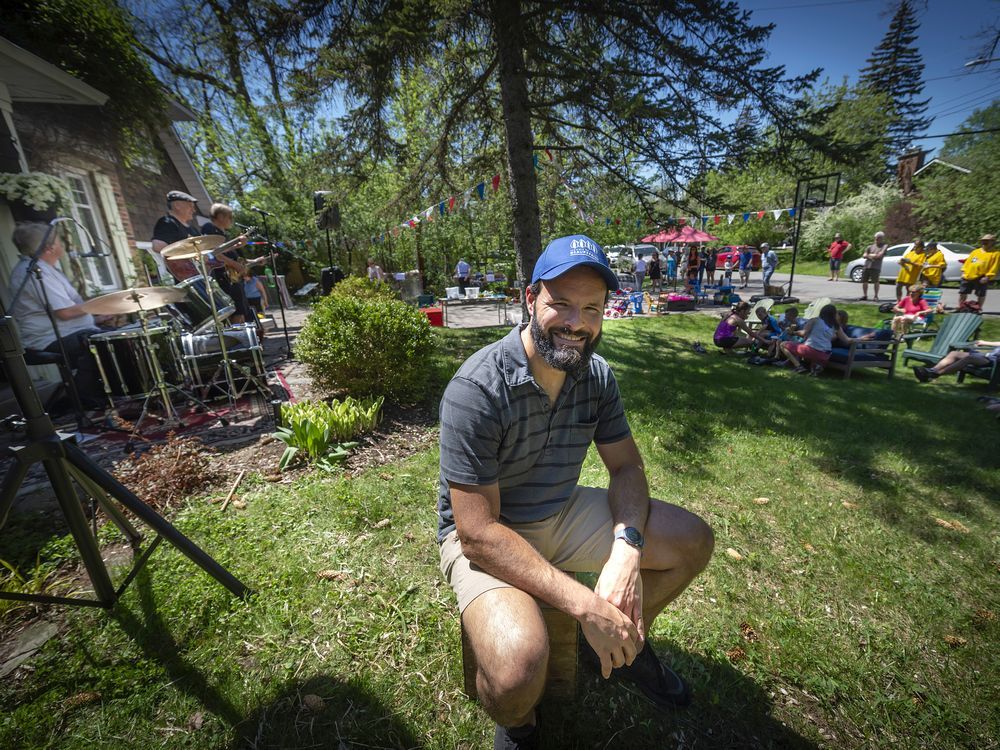 The first Big Beau Garage Sale proved to be a massive success Saturday, with more than 150 homes in Beaconsfield hosting garage sales.

Organizer Brian Miller said the inaugural edition of the event proved to be a popular neighborhood event.

“The weather was amazing and the whole thing happened just as we’d imagined it,” said Miller, the president of Les Amis du Village Beaurepaire, a local residents association formed a few years ago with the goal of promoting a sense of community in the Beaurepaire neighborhood of southern Beaconsfield.

After more than two years of the COVID-19 pandemic, Miller said it was rewarding to see people “out enjoying their neighborhood and meeting people.”

He said the Big Beau Garage Sale concept borrows from community garage sales and musical porchfests held in places like Glebe in Ottawa, Hudson and NDG He hopes Big Beau will become an annual event.

Residents hosting garage sales were also asked to contribute a portion of their sales to NOVA, a not-for-profit health services organization supported by a thrift shop in the Beaurepaire Village.

Miller said a final tally on the amount contributed to NOVA will be announced in the coming days.

Les Amis du Village Beaurepaire is now preparing to open its popular Beau Market on May 27. The popular famers market is open Fridays, from May to September, from 3 to 6 pm

The market is held near the intersection of Fieldfare Ave. and Beaconsfield Blvd.

Also in Beaconsfield, Major Georges Bourelle presented a donation check of $31,865 to the Honorary Consul of Ukraine in Montreal, Eugene Czolij, at city hall last week. The city’s fundraising campaign was directed to the Ukraine Humanitarian Appeal, established by the Canada-Ukraine Foundation and the Ukrainian Canadian Congress.

Beaconsfield residents were invited to donate to the fundraiser. In addition to the amount of $10,000 approved by Beaconsfield council, the city also matched donations made by individual citizens up to a maximum of $20,000. Citizens privately donated $11,865 to the fund.

“I truly appreciate this act of great generosity and significant support for the Ukrainian people, victims of an unprovoked war,” said Czolij.