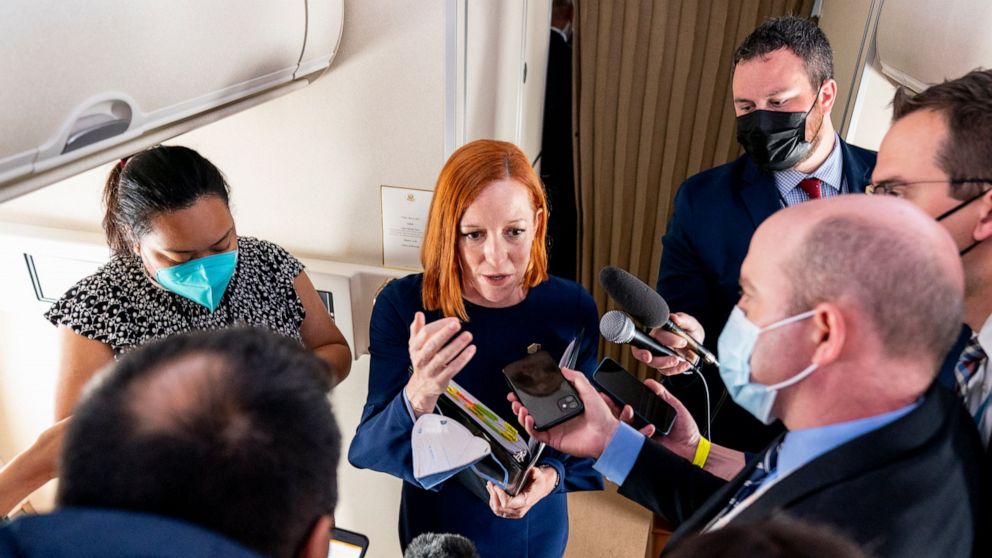 HAMILTON, Ohio — President Joe Biden pledged Friday that 3D printing technology would help return factory jobs to the US and reduce inflationary pressures as he traveled to an industrial Midwestern state with a Senate seat in play to make his case for the future of manufacturing.

Inflation at a 40-year high and Russian President Vladimir Putin’s invasion of Ukraine have caused growing uneasiness about the economy among voters. Biden is staking his presidency in part on the promise that his policies on matters ranging from infrastructure to computer chips can create a more resilient economy.

“The pandemic and the economic crisis that we inherited and Putin’s war in Ukraine have all shown the vulnerability when we become too reliant on things made overseas,” Biden said. “We learned the hard way that we can’t fight inflation if supply chains buckle and send prices through the roof every time there’s a disruption.”

Biden went to United Performance Metals in Hamilton to highlight commitments by five leading US manufacturers to boost their reliance on small and medium American firms for 3D printing. GE Aviation, Honeywell, Lockheed Martin, Raytheon and Siemens Energy have agreed to take part in the program. The president toured the factory with executives.

The promise of 3D printing is that it could reverse the outsourcing of factory jobs and industrial production, allowing for more components to be manufactured in the US An analysis by the consulting firm Kearney estimated that the technology could produce $600 billion to $900 billion in economic value by enabling more production domestically.

The president also pressed Congress to approve a stalled competition and innovation bill that the Democratic president says is critical to bolstering domestic manufacturing and helping solve a semiconductor shortage that has delayed production of life-saving medical devices, smartphones, video game consoles, laptops and other modern conveniences.

“Pass the damn bill and send it to me,” Biden said Friday in his remarks.

Biden was in Ohio — where an open Senate seat is up for grabs with the retired Republican Rob Portman — shortly after his primary elections. Rep. Tim Ryan easily won the Democratic nomination Tuesday and will face Republican JD Vance, author of the memoir “Hillbilly Elegy.” Ohio would be a difficult pickup for Democrats, as the state backed former President Donald Trump in the 2020 election by 8 points.

GE Aviation and Raytheon set a goal of looking to small and medium firms for 50% of their requests for quotes for products requiring 3D printing or related technologies.

Siemens Energy committed to targeting 20% ​​to 40% of externally sourced 3D print parts and will work with 10 to 20 small and medium firms to help improve their capability. Lockheed Martin has agreed to work with smaller suppliers on research to improve the use of 3D printing as an alternative to castings and forgings. Honeywell is offering technical assistance including part design, data generation, machine operation and post-processing to small and medium suppliers it works with.

The semiconductor chip problem has been building since coronavirus pandemic-related lockdowns shut down major Asian chip factories more than two years ago. Now it could extend past this year, despite the semiconductor industry’s efforts to catch up with demand.

There is bipartisan support for boosting domestic chip production, but lawmakers in the Senate and the House still need to negotiate over differences.

The House in February passed a version of the legislation that could pump $52 billion in grants and subsidies to the semiconductor industry to help boost US production. The bill must now be reconciled with a Senate version passed eight months ago.

House Democrats also tucked in other priorities that have raised Republican concerns about the bill’s cost and scope.

The bill includes $8 billion for a fund that helps developing countries adjust to climate change; $3 billion for facilities to make the US less reliant on Chinese solar components; $4 billion to help communities with significantly higher unemployment than the national average; and $10.5 billion for states to stockpile drugs and medical equipment.