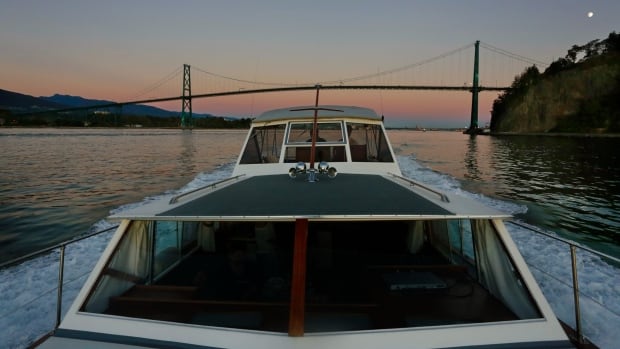 Racism drove the manager of a Vancouver yacht charter to reject a Black woman who’d applied for a job, and he only caused more damage by using slurs and insults against her when she filed a human rights complaint, a BC court has found.

Guy Marchand and Honu Boat Charters have been ordered by the BC Human Rights Tribunal to pay Jessica Perry a total of $3,400 for his “egregious” treatment of her both during and after a job interview in November 2018.

“Mr. Marchand’s untrue, negative and racist stereotypes about Ms. Perry were a factor, indeed the driving force, in his decision to not hire Ms. Perry, and his subsequent conduct towards her,” court member Amber Prince wrote in a decision Wednesday.

Marchand’s prejudices against Perry as a Black woman and a spiritualist minister were on display during the interview, and then only became more explicit in his official responses to her complaint and comments online, Prince said.

The decision says the discrimination began after Perry applied to be a part-time crew member for Honu Boat Charters, a job that included accommodations on a yacht. She was 33 years old when she responded to the job ad with an email that said she worked part-time as “as a modern-day inclusive spiritual minister/educator.”

Perry told the court that Marchand appeared to be surprised by her appearance when she arrived for an interview, and immediately began asking questions about where she and her family were from. Her family de ella, as it turns out, has been in Canada for at least nine generations, according to the decision.

Marchand was “overly focused” on Perry’s ethnic origins because of his “negative assumptions, beliefs and attitude about Ms. Perry as a Black African American woman,” Prince wrote.

Prince said she also believed Perry’s evidence that Marchand cut the interview short after telling her he “wouldn’t be able to hire a colored person” because his clients were predominantly Chinese and Japanese, and therefore “they are more traditional.”

Perry filed her initial human rights complaint just two days after the interview. In his response to him, Marchand wrote that he believed Perry was a “con artist scammer” and alleged that she had “very strong unpleasant body odour.”

His son, who was present at the time of the interview and testified in Marchand’s defence, acknowledged that there was no smell.

Marchand made “the most egregious comments about Ms. Perry’s intersecting identities” after she filed an amended complaint, Prince wrote.

In a response written in July 2020, Marchand wrote: “I am upset tonight that I have to waste time on a nigro refugee or immigrant up to no good using the system, religion, racist, human right subject to try to scam honest business and take advantage of it.”

And when Perry’s complaint became the subject of media attention, Marchand went online to insult her, writing comments alleging she was taking advantage of the system by “shout[ing] ‘discrimination’ left, right, center.”

Marchand later told the court that he regretted the comments he’d made about Perry, and blamed stress caused by the pandemic, the decision says.

“However, in my view, most of Mr. Marchand’s written comments about Ms. Perry are indefensible in any context. Stress is not an excuse to attack and disrespect another person’s identities,” Prince wrote.

Perry testified that she was humiliated by Marchand’s “ugly language” and said his treatment of her has caused lifelong pain and suffering.

As a result, Prince ordered Marchand and his business to pay Perry $1,500 for injury to her dignity, feelings and self-respect, $1,000 in costs and $900 for expenses incurred as a result of the discrimination.