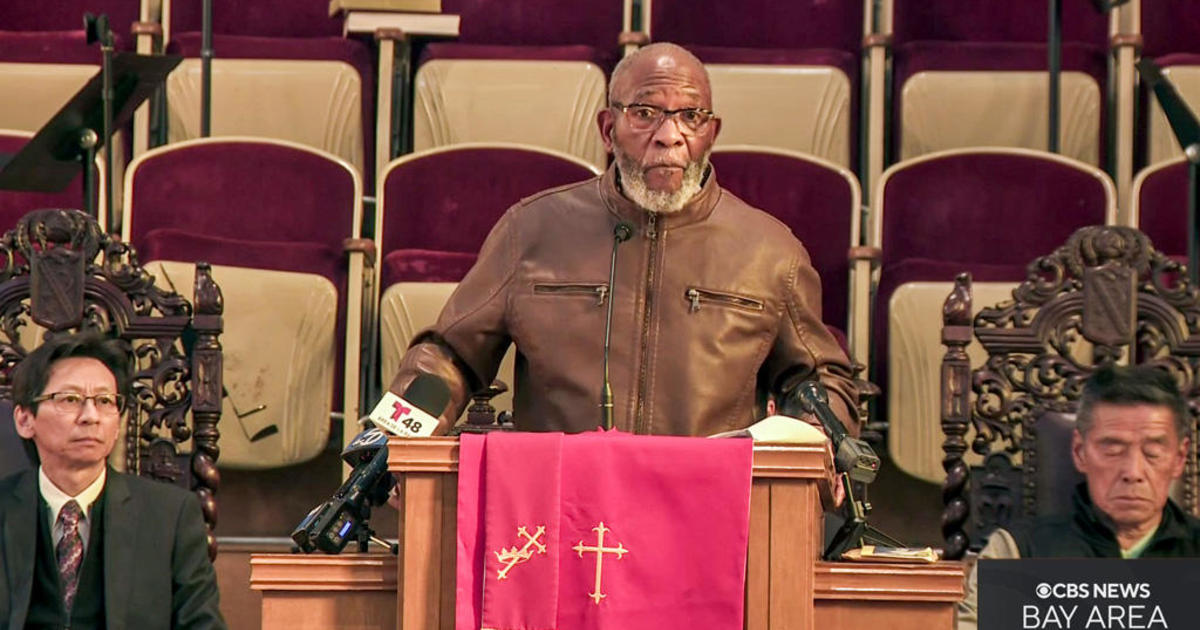 “We have lost again. People who look like me — African Americans. We have to call it for what it is — it’s evil, it’s un-American and it does not have a right to exist in a civilized society,” Brown said.

Sharing the microphone and Zoom with Dr. Brown, members of the Asian American community said this is a moment for solidarity – to stand with the pioneers of civil rights.

“Without what they have done — they have laid down the groundwork to support what we have been doing. Without them, I don’t think I am able to stand here to speak with you,” said Carl Chan, president of the Oakland Chinatown Chamber of Commerce.

For members of the Black community, this weekend’s shooting was the same old story set in a new location.

“We cannot allow this country, this nation to go backwards y’all. Everybody has to step up to the plate. We have to lock arms, lock hands and do what we got to do together — Asians, Black, White, Latino , LGBTQ. This ain’t nothing new, they did it at the Pulse nightclub,” said Mattie Scott, president of the Brady Campaign in California.

Andria Borba joined KPIX 5 in October 2013. Born in Modesto, raised in the Central Valley city of Gustine, Andria has a large extended family that stretches from Tomales Bay to the Monterey Bay and all over the San Francisco Bay Area.