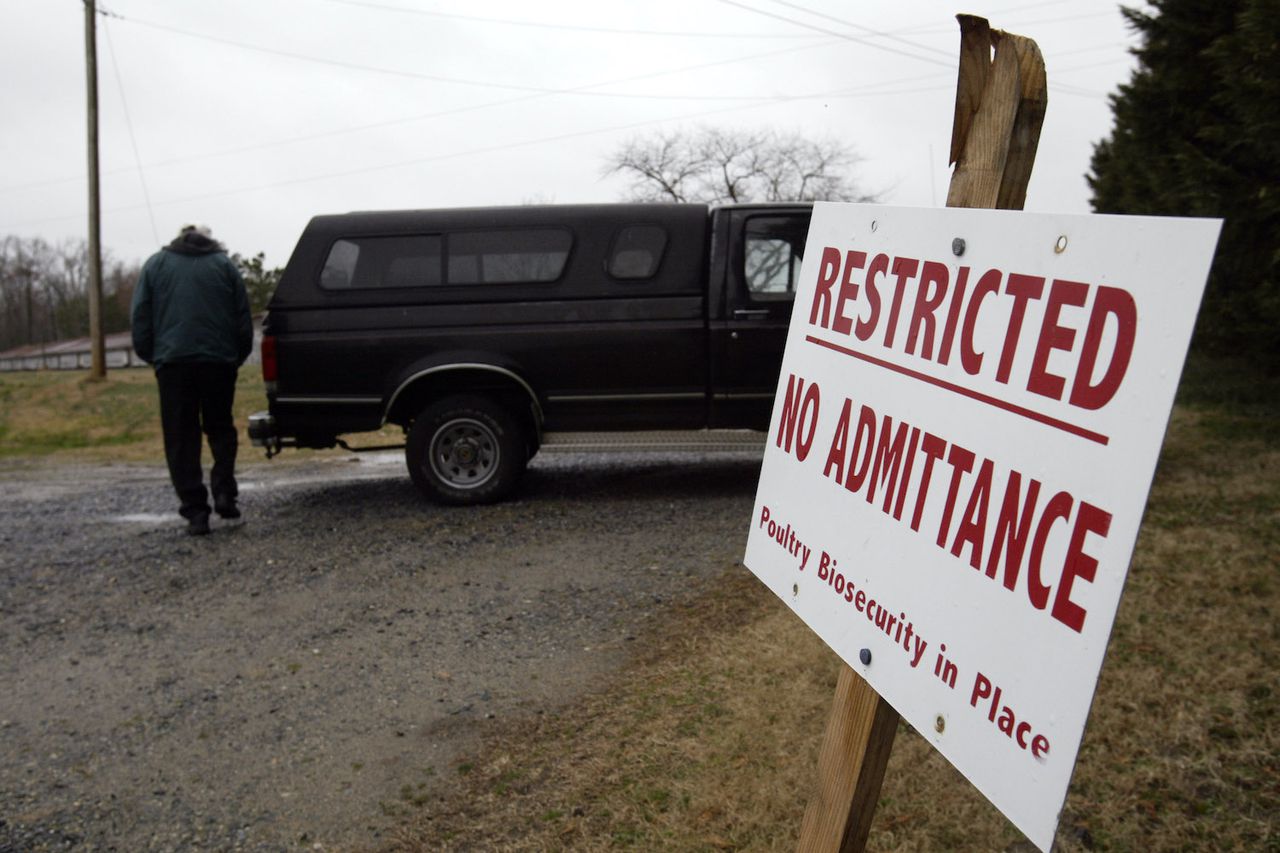 The “bird flu” has recently been found in the eastern US, particularly North Carolina.

This won’t lead to a new pandemic — at least not for humans — but it does have the US Department of Agriculture concerned.

“It would be devastating if it got into commercial poultry,” North Carolina State virologist Matt Koci told a university publication last week, pointing out that the Tar Heel State accounts for 12% of all poultry production in the US

The federal and North Carolina agriculture departments advise people with backyard birds in North Carolina to move them indoors for now and to avoid contact with wild birds, Koci said. At this point, the only fowl that have been detected with the disease in the US are migratory birds.

This outbreak is part of a worldwide bird-flu flareup among both wild and domesticated birds. The outbreak is severe in Europe — the “strongest avian flu epidemic ever,” according to the Friedrich Loeffler Institute, Germany’s federal animal-disease agency.

Bird flu, or the avian flu, can devastate chicken and turkey populations, but the risk of infection for humans is very limited. Most of the viruses that fall into the bird-flu category do not sicken humans, and it is extremely rare for the disease to be passed from person to person.

That doesn’t mean there’s no risk for people. The disease is a very real threat to those who work with and around birds that are infected. For them, the risk is substantial — “just under 40% of the people infected with bird flu have died,” Koci said.

An outbreak among humans in the US, if it were to happen, he added, almost certainly would start with “those who raise poultry, either as pets or for food. They will be the proverbial canary in this coal mine. If you raise poultry, especially if they are kept outside, you need to do all you can to keep your birds from getting infected.”

Humans can be infected when saliva, mucous or feces from an infected bird gets into their eyes, nose or mouth.

The US Centers for Disease Control and Prevention points out that it is completely safe to eat poultry that has been properly handled and cooked, adding that cooking poultry and eggs to an internal temperature of 165 degrees Fahrenheit kills all bird-flu viruses and other bacteria and viruses.

Over the past 19 years, there have been 863 reported cases of human infection and 455 human bird-flu deaths in 18 countries, the CDC reports.

This is not a lot of cases or deaths over nearly two decades, but health officials, poultry providers and the general public should be vigilant, World Organization for Animal Health director Monique Eloit told Reuters.

“Eventually, the risk is that [the virus] mutates,” she said, “or that it mixes with a human flu virus that can be transmitted between humans, then suddenly it takes on a new dimension.”