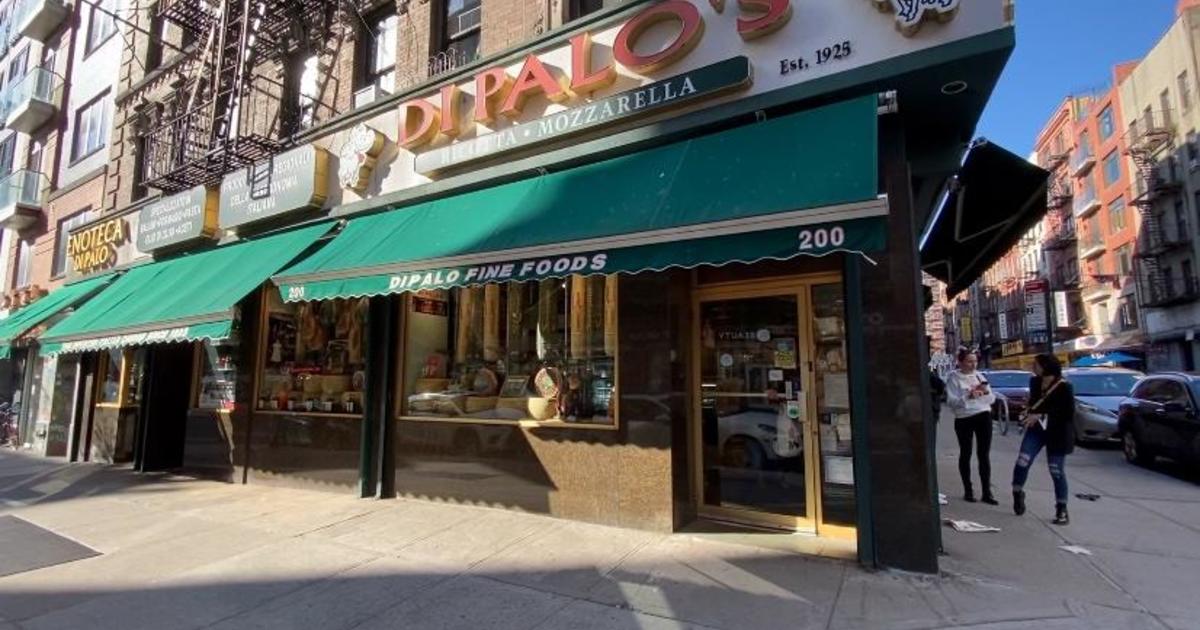 NEW YORK – In the year 1910, a subsistence farmer from Southern Italy opened a small cheese shop on Mott Street.

He made fresh mozzarella by hand, and in four years, Savino Di Palo had earned enough money to send for his family to join him in Little Italy. His daughter de ella Concetta followed in his footsteps de ella, opening a cheese shop of her own just up the block in 1925.

Her business, on the corner of Mott and Grand, became what’s known today as Di Palo’s, helmed by Savino’s great-grandchildren Lou, Marie, and Sal.

The mozzarella is still handmade daily, sold among a vast selection of cheeses.

“We have now in house over 75 pecorino cheeses, sheep’s milk cheese from different regions of Italy,” Sal said. “People can buy it at its best. To sell you a piece of cheese that’s not at its best, it’s not worth selling.”

Also available are cured meats, Italian vinegars, and prepared foods. But Di Palo’s is perhaps best known for its atmosphere. Banter and discussion are essential to the shopping experience. Regulars don’t mind the wait.

“Many people have said they learn so much by listening when other people are shopping,” Lou said. “We give them the full explanation of the product, the full understanding of where it’s from and how it’s made, what type of milk if it’s cheese, whether it’s sheep or goat, cow or buffalo.”

The education helps turn Di Palo’s shopper into a devotee.

“When you can say you’ve kept a customer, a loyal customer, for 60, 70, 80 years, through the generations, then you know that you’ve had a successful business,” Lou said.

Growing up at the store, Lou, Marie, and Sal learned to treat it as an extension of the home.

“As my grandmother told my father and my father told us, those who walk through the front door are your family, friends, relatives. You treat them with respect, and you always put out a nice spread on the table,” Marie said.

Behind the counter, the three siblings share their knowledge and skills.

“We’re like a triangle. We all support each other,” Sal said.

They’re hopeful for the future, a fifth Di Palo generation having opened a wine shop and wine bar next door.

“The greatest reward that was given to us in this business was not monetary,” Lou said. “It was the fact that we worked with our family.”

The Dig with Elle McLogan

Elle McLogan joined CBS2 in September 2017 as a digital reporter for CBSNewYork.com.