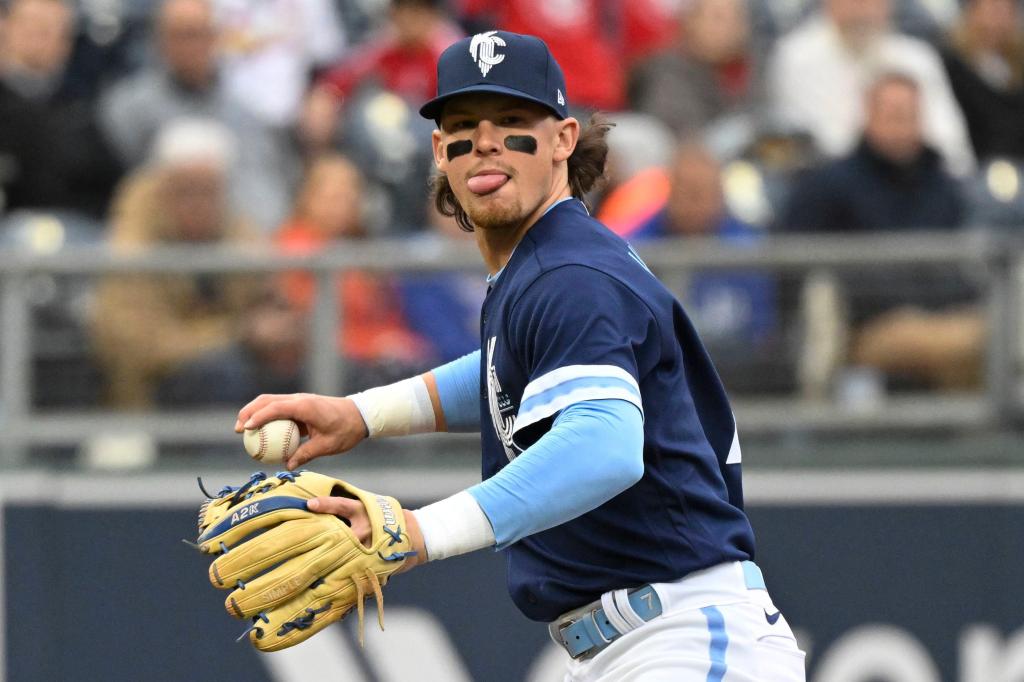 This weekend, a player the Orioles passed on with the first overall draft pick will beat the one they selected at Camden Yards.

When Mike Elias became the Orioles’ executive vice president and general manager in November 2018, he was already on the clock for what might stand as the most significant decision of his tenure with Baltimore. The result of that choice — selecting Oregon State catcher Adley Rutschman first overall in the 2019 draft instead of Texas high school shortstop Bobby Witt Jr. — will be on display at Camden Yards throughout the weekend, with Witt coming to town with the Kansas City Royals , who grabbed him at No. 2.

If not for a right tricep strain Rutschman suffered just as major league spring training was beginning, this could have represented their first major league matchup. Baseball’s top prospect is getting close to arriving, though; as Witt and the Royals begin a three-game series at Camden Yards, Rutschman will play his first game with Triple-A Norfolk this season after going 11-for-25 with four walks against one strikeout in seven games with High-A Aberdeen and Double-A Bowie.

Witt, in the end, got here first. But the Orioles have no regrets with their choice.

“At the end of the day, obviously, we felt extremely comfortable with Adley,” director of draft operations Brad Ciolek said, reflecting on one first overall pick as Baltimore prepares to make another in July. “What he brings to the table as far as an elite defender behind the plate, not to mention plus-hit, plus-power from both sides of the plate, more or less is a unicorn player, so to speak, in terms of a full package.

“We were just over the moon to be able to take a guy like Adley because, obviously, the ceiling is immensely high, and he more or less can turn the tide for our organization.”

Entering this season, Rutschman, 24, ranked as the sport’s top prospect according to Baseball America and FanGraphs, while MLB Pipeline and Baseball Prospectus had Witt, 21, atop their boards. Both starred in the upper minors last season, with Rutschman batting .285 with 23 home runs and an .899 OPS while catching regularly as Witt came a stolen base short of a 30-30 season in Kansas City’s system. Witt started his major league career slowly but hit .342 during an 11-game hitting streak that ended Wednesday.

The pair stood as a clear top two among most public draft rankings in 2019. Rutschman was long considered the top player available after starring for Team USA and the College World Series champion Beavers, but the Orioles used nearly every minute available to them before finalizing a decision.

Ciolek said the scouting department, front office and others in the organization had “very, very good, detail-level, high-level thinking and discussions for that selection,” declining to share how much consideration Witt or any other players received; third overall pick Andrew Vaughn beat both Rutschman and Witt to the majors last year with the Chicago White Sox. Ciolek acknowledged any scout will “play Monday quarterback” with a player they liked and their team didn’t ultimately get, but even if anyone with Baltimore wishes Witt had been the pick, Ciolek and Elias were clear they don’t feel that way .

“This was a package in the draft that really happens, like, once every five years, if not more, and just specific to Adley, we liked everything about him,” Elias said last week. “While there were a lot of great choices that year, we made the right pick. We’re thrilled with it, and he’s doing great. I think it’s a special talent, a special player and it’s something that I think we were lucky to have the pick that we did the year that he came out of the draft.”

Elias said Rutschman entered camp as “one of the best talents in the organization, if not the sport,” and that once he returns to that level of performance, “I can’t see a whole lot more that he probably needs to prove in the minor leagues other than he is himself.” Provided that context and asked how much he feels like himself before his first game with Bowie on Tuesday, Rutschman chuckled.

“I’m just trying to stay focused, stay on the path, and continue to just try and feel healthy,” Rutschman said. “Results come as they may, so just focusing on being here with this team right now.”

He was not there long, playing three games with the Baysox before rejoining a Norfolk team he hit .312 for in 2021. It’s not clear how much time he’ll need there before the Orioles determine he’s ready for the majors.

“The ultimate goal is to be in the big leagues,” Rutschman said. “Obviously, there’s a part of you that wants to be there and wants to be there as soon as possible, but just gotta stay present, stay where you’re at at the moment and enjoy those moments leading up to wherever you go.”