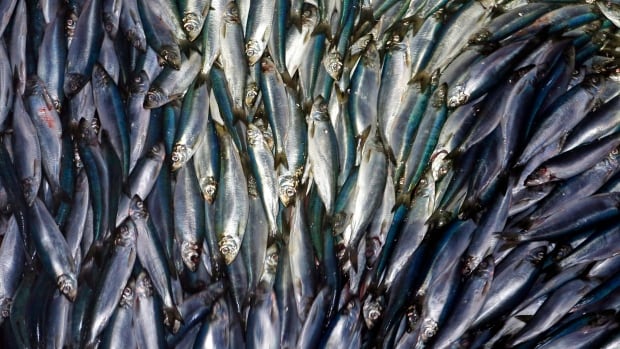 Another Maritime fishery is facing a big quota cut this year — the only question is how big.

This time it is the large herring fishery in southwestern Nova Scotia and the Bay of Fundy.

The stock is in the critical zone where serious harm is occurring, but the fishery employs hundreds of people in Nova Scotia and New Brunswick.

What happens next will again test how far Canada’s fisheries minister is willing to go to rebuild a depleted stock.

That advice is the result of a management strategy evaluation, which is being used to produce a total allowable catch for this herring fishery for the first time.

The simulation-based process determines the quota or total allowable catch to achieve a desired outcome. The objective in this case is to get the herring stock out of the critical zone.

DFO has refused to say if it has decided to use advice from the management strategy evaluation.

A department spokesperson told CBC News in an email that a decision on the quota would be announced in the coming weeks.

The Bay of Fundy season opens in June.

One industry group has offered to cut the quota by 30 per cent.

In a news release, the Bay of Fundy Herring Industry said it would be prepared to reduce the total allowable catch to 25,000 tonnes from 35,000 tonnes for the 2022 season.

“Our fishery recognizes the need for caution and to promote stock revitalization,” said Noël Després, president of Saulnierville-based Comeau Seafoods, in the release.

Most of the quota is caught by seiners — boats that use big nets to circle a school of herring as it comes to the surface.

“Our rebuilding efforts are showing signs of success, although it’s going a little slower than what we were anticipating,” said Tony Hooper of Connors Bros., based in Blacks Harbour, NB

Industry leaders are also calling on DFO to pause the management strategy evaluation process, claiming the modeling is flawed.

“More work needs to be done before it can be implemented,” said Tim Kaiser of Scotia Garden Seafood Inc., based in Yarmouth, NS

“We’re seeing inconsistencies in the model, and the best thing we can do now is to take a brief pause, get back to the table and resolve these issues before making long-term decisions for the fishery.”

Environmentalist Sebastian Pardo said the management strategy evaluation has been in development since 2019. The model was finalized after a review by DFO and external scientists.

“For the most part, the conclusion was that the science is robust,” said Pardo, sustainable fisheries co-ordinator at the Ecology Action Center in Halifax.

The proposed cut is far bigger in tonnage than the total shutdowns imposed on the Atlantic mackerel and Gulf of St. Lawrence spring herring fisheries earlier this year.

“This is a much more difficult decision in terms of economic consequences. Any TAC [total allowable catch] reduction that big would be very painful for industry and it would have major consequences,” said Pardo.

“From a conservation perspective, this stock has been in the critical zone for a while and the sequential TAC reductions that have happened in the past have not resulted in population rebuilding.

“I think this is a better test.”

“We understand there has to be changes. The biomass may not be there as we need it, but there’s also other considerations that need to be brought forward,” d’Entremont told CBC News.

Nova Scotia Fisheries and Aquaculture Minister Steve Craig plans to meet with industry representatives next week to talk about the quota.

Meanwhile, the herring industry is warning DFO that sudden and significant changes could be disastrous for business.

“Here at Connors we can deal with a certain level of change in the TAC from year to year, but we can’t change our inputs and products overnight,” said Hooper.

“It’s difficult to keep the plant viable if we see drastic cuts in the TAC on short notice.”