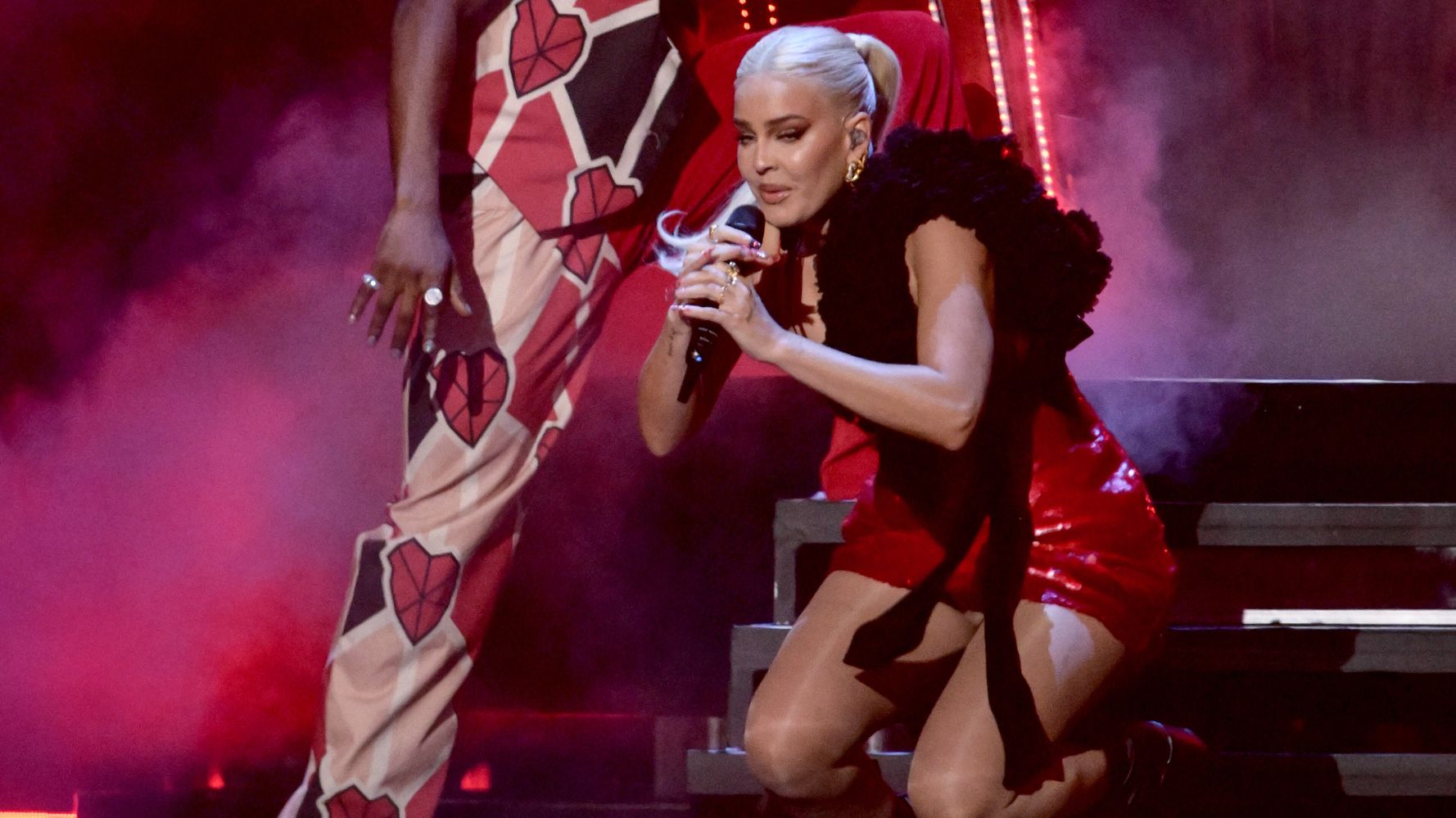 During Tuesday night’s live show, the chart-topping star took to the stage where she and rapper KSI performed a medley of their respective hits.

The performance began with the singer coming down a short staircase while performing her LittleMix collab Kiss My (Uh Oh).

Unfortunately, as Madonna can attest, stairs and Brits performances don’t always mix, which Anne-Marie discovered the hard way as she lost her balance and fell down in the middle of her song.

The official Specsavers account then cheekily tweeted that the singer’s next visit was “on us”, to which Anne-Marie replied, “I’ll be in touch”.

You really can’t keep a good pop star down.

Anne-Marie and KSI had been nominated for Song Of The Year for their Digital Farm Animals collaboration Don’t Play, but lost out to Adele’s number one smash Easy On Me.

Earlier in the night, Anne-Marie was seen walking the red carpet where she and her close pal Ed Sheeran struck a pose for photographers.

Adele was the big winner at this year’s ceremony.

The singer scooped three of the four prizes she was nominated for at the ceremony, including the coveted Album Of The Year prize.