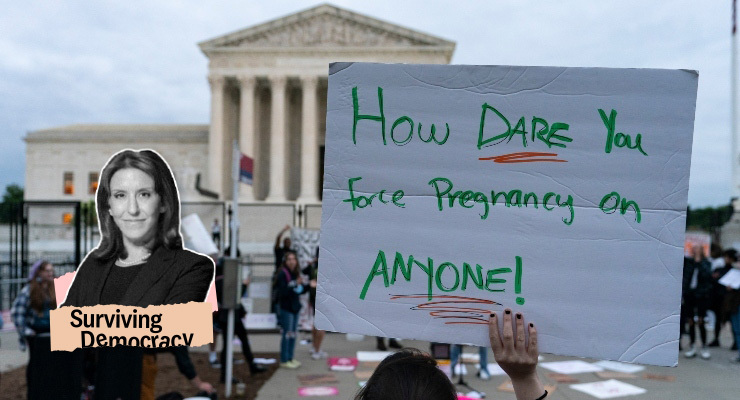 A leaked US Supreme Court decision on abortion would make women second-class citizens.

The outrage is everywhere. hours after Politician dropped its scoop — a first draft of the Supreme Court’s plan to strike down its own precedents on a woman’s limited freedom to control her fertility — crowds of women formed around the country to protest their imminent loss of constitutional rights.

There is scant precedent for the highest court in the land snatching back rights from the entire class of people to whom they have been granted. In fact, the Supreme Court rarely overrules itself at all, reversing precedent in barely 0.5% of cases.

The reason for this is well articulated by the majority that upheld Roe in Casey v. Planned Parenthoodthe other Supreme Court precedent that the draft throws under the bus:

Read more of Leslie Cannold’s take on the abortion issue…