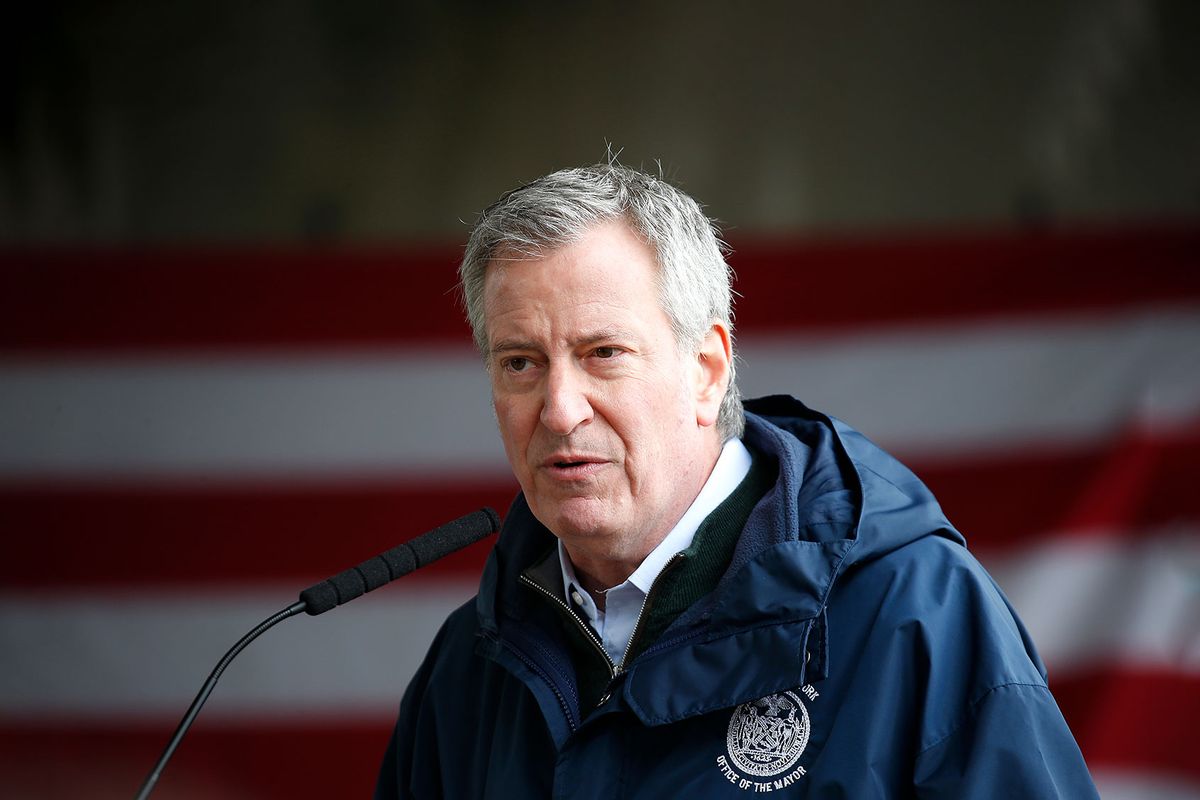 One day in the spring of 2020, I had a very unusual feeling: Donald Trump is really going to like my idea. The president and I had almost never agreed in our previous dealings. But as I waited for the White House operator to connect us, I said to myself, “This time will be different.” It was the height of the first COVID wave in New York City and here was I, a progressive Democrat, asking Trump, in effect, to send in the Army. I thought it would be music to his ears from him.

What followed in the weeks and months after that is one of the unexamined chapters of our nation’s response to the pandemic: Why our military was so tragically underutilized in the fight against Covid. At the same time, our government made minimal use of an extraordinary power that was available the whole time: the Defense Production Act.

As we face yet another painful logistical crisis, this time the sudden drop in our national supply of baby formula, I fear that the federal government is going to underplay its hand again. For millions of American families, this could lead to even worse hardship than the last two years have already dealt with them. And our best assets for solving this problem will be sitting unused, at factories and military bases around the nation.

So what happened during my fateful phone call that day in 2020? Well, it started off well enough. President Trump seemed to share my sense of urgency. We talked about just how bad the situation was on the ground in New York’s neighborhoods, including his native borough of Queens. He seemed to embrace the notion that the military could help us profoundly. He referred me to Defense Secretary Mark Esper and Gen. Mark Milley, chairman of the Joint Chiefs of Staff. I really thought something big was about to happen.

But what happened was just a drop in the bucket. Although the Navy thankfully sent the hospital ship USNS Comfort to our city and all the branches sent us crucially-needed medical personnel, the White House did not initiate a fuller mobilization. The unparalleled logistical and transportation capacity of our armed forces was barely tapped. During arguably the worst crisis in the history of the republic, the strongest military in the history of the world was only given a bit part.

Likewise, the potential impact of the Defense Production Act was barely tapped. Seemingly out of an unwillingness to discomfit the private sector, industrial production lines that could have been converted to “wartime” use continued to produce the same old consumer products. Unlike the heroic efforts during World War II to convert factories of all kinds to support the war effort, there was an eerie lack of urgency. Desperate at the epicenter of the crisis, we in New York found businesses willing to stop everything to save lives. They had never produced a face mask or surgical gown or a ventilator before, but they learned how and they got to work. Imagine what might have been, if there had been a national mandate to produce these lifesaving products when we needed them most.

Today, we face a challenge that couldn’t be more personal and urgent for millions of American parents, for whom nothing is more important than making sure their babies are safe and healthy. For these families, they literally cannot feed their children and also go to work if there isn’t a supply of baby formula. Yet formula stockpiles are now 43% lower than normal, and that could get worse very quickly. Beyond the personal desperation parents are feeling, there is that seeing question: Why can’t a great nation provide something as simple as a baby formula to its people?

The answer lies in our persistent unwillingness to activate a public-sector answer to a private-sector problem. The most admired and effective part of our government, our military, could help organize and implement a solution — just as it could have during the COVID pandemic. But in 2020, the order was never given. It needs to be now. The full industrial might of America can be unleashed to solve this most human of crises, but only if the federal government acts with more urgency and uses all its powers. The Defense Production Act may have been written with war in mind, but today’s challenges are harming our home front in every corner of this country in ways no war ever did. Whether the issue is COVID or climate change or the breakdown of the supply chain, we are in a peacetime that demands solutions once only reserved for wartime.

Whether the issue is COVID or the climate or the breakdown of the supply chain, we’re in a peacetime that demands wartime solutions.

During those tense days in 2020, I quickly realized the cavalry wasn’t coming. But it wasn’t because the military was unwilling. I may not have had a lot in common with Secretary Esper and Gen. Milley, but I knew well the careful language of conscientious leaders who were not authorized to act. They each described the vast capacity at their disposal and their deep desire to help, but diplomatically avoided saying exactly why they couldn’t.

Although I never got along with President Trump, I sincerely believed he would give the order. That never happened. Now President Biden can start to right that wrong. He can start to mobilize the country’s full power to address a temporary problem — and in the process prepare us for the more permanent challenges ahead. We will need these solutions more and more in the years ahead. And in a time of fear and confusion, our country yearns for any form of action. Americans are desperate to see things work again. They want to believe in something better than what we’re living through now.

Joe Biden got this country vaccinated and brought our economy back to life. He believes deeply in American exceptionalism and he wants to restore faith in our nation’s future. He has tools at his disposal that have never been employed in a time like this. May he be bold enough to use them.

Read more on the supply-chain issues, inflation and Biden’s presidency: