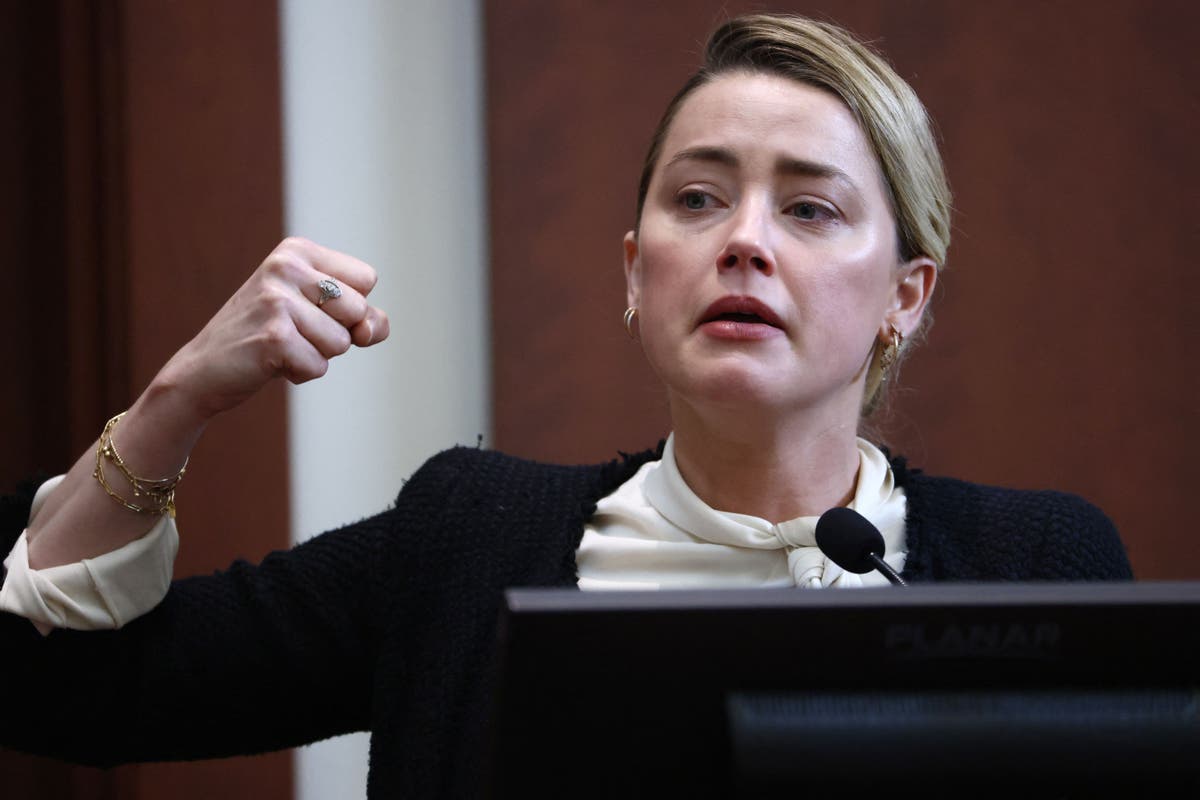 Amber Heard told a court that she thought Johnny Depp was going to kill her “without realizing it” as a jury was shown photos of injuries she claims he inflicted on her.

Ms Heard testified at the former couple’s multi-million dollar defamation trial that she had hit Mr Depp during a 2015 fight at their apartment in downtown Los Angeles to prevent him pushing her sister down a flight of stairs.

“In all of my relationship to date with Johnny, I hadn’t landed a blow,” she told the court before admitting, “I hit him, square in the face.”

She said that Mr Depp had “looked stunned and laughed at me” before his security guards pulled the star away from her.

Ms Heard then detailed for the court how Mr Depp had head-butted her during another fight in December 2015, and that he allegedly repeatedly punched her.

“Punching me, punching me repeatedly with his fist, I don’t even remember feeling the pain, I just remember hearing the sound of Johnny’s voice,” she said from the witness stand.

“Then pounding the back of my head, pounding it with his fist, and I don’t even remember feeling pain, I just could hear myself scream until I couldn’t hear myself any more.

“I could just hear him say that he was going to kill me and that he sounded like an animal in pain when he was saying that he ‘f***ing hated’ me.

And she added: “I don’t know how many times, he just hit me over and over again and I got really still and it felt in my body like quiet.

She said that she had tried to scream but that the situation had been “suffocating” and that she had no memory of anything else until she “woke up”.

The jury was also shown a number of photographs of injuries that Ms Heard alleges she suffered at Mr Depp’s hands, including some of her hair that she says he pulled from her head.

During his own testimony Mr Depp strongly denied ever assaulting Ms Heard.

Mr Depp is arguing that she defamed him in a December 2018 op-ed published in Washington Post Titled “I spoke up against sexual violence — and faced our culture’s wrath. That has to change”.

While Mr Depp isn’t named in the piece, his legal team argues that it contains a “clear implication that Mr Depp is a domestic abuser”, which they say is “categorically and demonstrably false”.

Mr Depp is seeking damages of “not less than $50m”. Ms Heard has filed a $100m counterclaim against Mr Depp for her nuisance and immunity from his allegations.