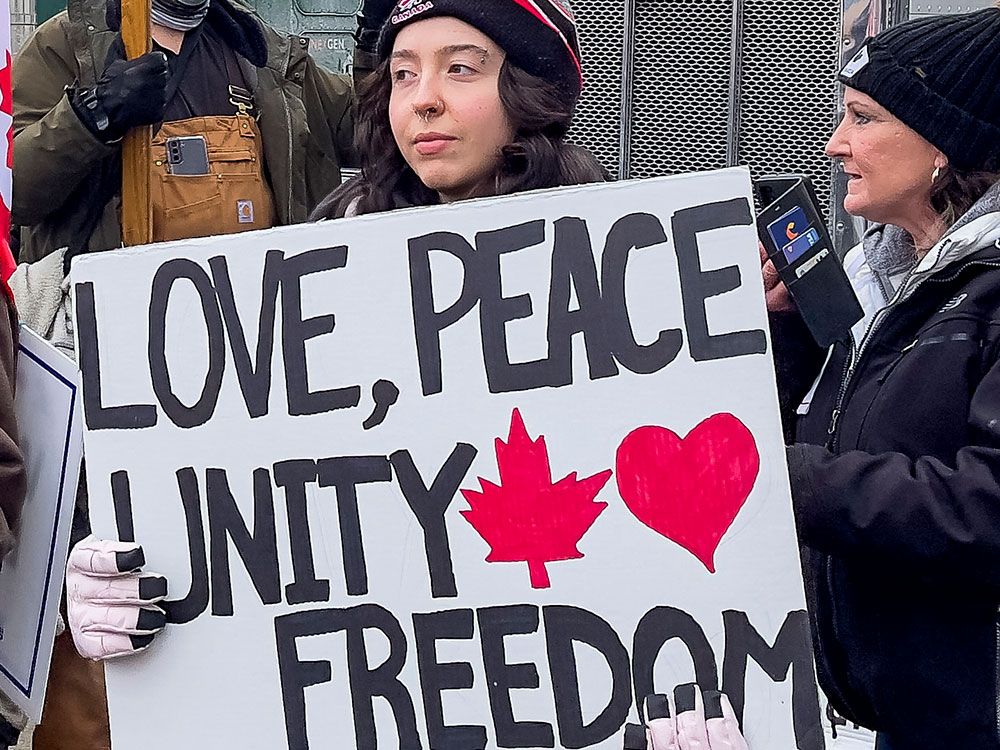 Nearly half of Canadians believe the prime minister and provincial premiers are partially to blame for the ongoing protest in Ottawa due to their “condescending attitude toward Canadians who disagree with vaccine mandates and lockdowns,” according to a new poll.

Leger surveyed 1,546 people between Feb. 4 and Feb. 6 and found that, while 62 per cent of all respondents strongly or somewhat opposed the Freedom Convoy protest, 44 per cent of those who are fully vaccinated said they could sympathize with “the concerns and frustration being voiced by people involved in the trucker protest in Ottawa.” One third (32 per cent) of Canadians support the protest, while seven per cent are undecided.

Prime Minister Justin Trudeau, who has refused to meet with convoy organizers, has previously used language like “fringe minority,” “racist and misogynist,” and “extremists” to refer to Canadians who are unvaccinated or who oppose vaccine mandates and lockdowns.

The poll found that 44 per cent of respondents and 27 per cent of Liberal voters thought his response to the protests so far has been condescending. Christian Bourque, executive vice president and senior partner at Leger, said political leaders could be inflaming the situation.

“I think the more politicians tend to point the finger at the non-vaccinated, I think the more they probably are perceived as being either condescending or sort of fanning the flames of the protest,” Bourque said.

The poll found that more than half (53 per cent) of vaccinated Canadians aged 18 to 34 can sympathize with the concerns and frustrations voiced by the protesters. Sympathy was highest among vaccinated Albertans (53 per cent) and lowest in Atlantic Canada (34 per cent).

Bourque said that Canadians may have sympathy towards the cause because truckers have been frontline workers since the beginning of the pandemic.

“Some Canadians are probably torn between some of what we’ve heard from people at the convoy, who may not be representative of the truckers anyway, and the fact that they are probably coming into this with some form of sympathy for this group of people that basically kept on working hard throughout the whole crisis,” Bourque said.

“Traditionally, younger Canadians have always been sort of more open to people demonstrating or voicing their concerns. The appeal to freedom is something that works particularly well, with the younger public,” Bourque said. “We’ve seen it throughout the last few years in our surveys, that should we ease up the safety measures in place, younger Canadians were always more favorable than older Canadians.”

The online survey was conducted using randomly selected members of Leger Opinion’s representative panel. A comparable probability sample of 1,546 respondents would have a margin of error of plus or minus 2.49 per cent, 19 times out of 20.