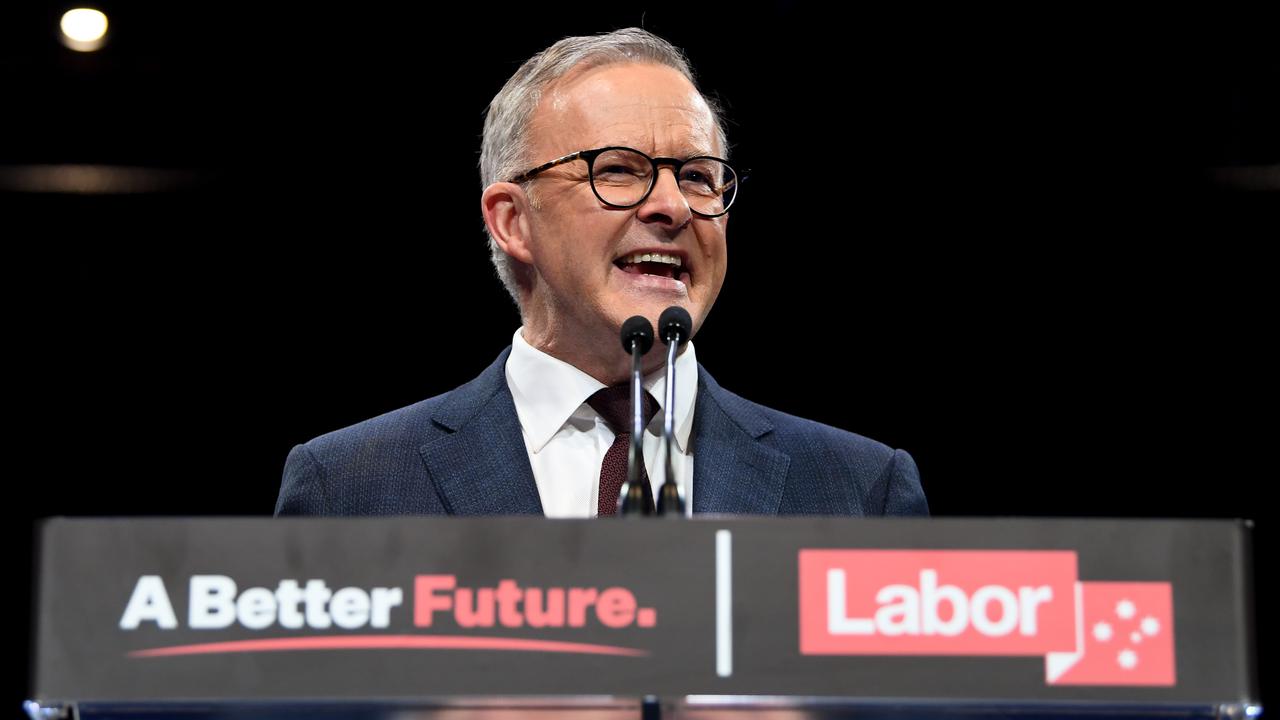 As the federal election enters its final sprint to the finish line, Anthony Albanese has addressed Queensland party faith in an effort to boost Labor’s support in the crucial state.

Speaking at a rally in Brisbane during the last week of the campaign, the opposition leader outlined his pitch for the future, should he win office on Saturday.

He told the rally the country could not do with another term of the same government.

“When you vote for a Labor candidate, you’re voting to make life better, for yourself, your children, your community, your state of Queensland and your nation.”

The rally was held in the electorate of Brisbane, held by the government by 4.9 per cent.

Mr Albanese hopes to make up ground in Queensland when Australians go to the polls, with Labor only winning six seats in the Sunshine State at the last election.

The Sydney-based Labor leader promised to return Queensland every day except during State of Origin.

“You can choose a prime minister who visits Queensland, even when there’s no election on,” Mr Albanese said.

“You can choose a government who wants to work with Queensland, not against Queensland.”

He also outlined at the rally more than $700 million to upgrade the Bruce Highway in Queensland.

Mr Albanese used the speech to argue the coalition government was incapable of changing, after Scott Morrison pledged he would amend his prime-ministerial style.

“He said he was a bulldozer, and when it was pointed out that a bulldozer wrecks things, today he has likened himself to a car,” he said.

“If this government is a car, it’s been stalled for a long period of time… it’s blowing smoke, it’s low on fuel and the wheels are falling off… the truth is he wont change because he can’t change.”

Mr Rudd said there was a growing appetite for change.

“(Scott Morrison) takes the Australian people to be a bunch of mugs,” he said,

“Morrison is saying ‘vote for me and I promise to have a personality change’… what planet is this guy from?”

“Young Australians know perhaps better than any of us that we must get serious about acting on climate change,” he said.

“We have a responsibility to them, and a duty to put the next generation in the best possible position to keep taking our nation from strength to strength.”

Earlier on Sunday, Mr Albanese appeared on the ABC’s Insiders program, where he vowed to work quickly to set up a Voice to Parliament for Australia’s Indigenous people.

“I will consult with First Nations people about the time table. I will reach out across the parliament… to try to secure support as much as possible,” he said.

“This is a change that has been a long time coming. We’ve been talking about it since at least the end of the last century.”