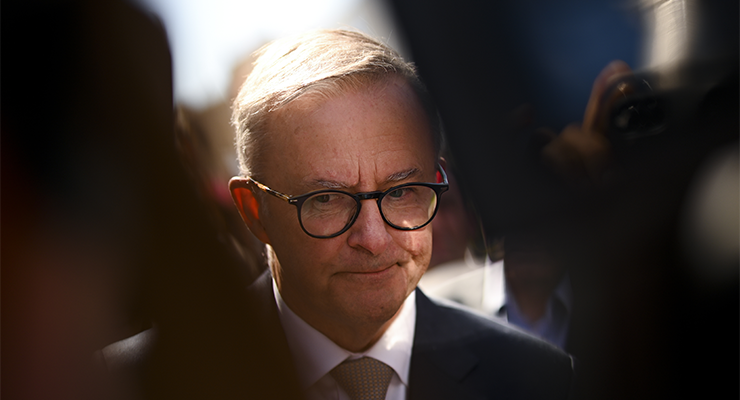 This article first appeared in InQueensland.

When Scott Morrison fronts the media, it is as planned, scripted and risk-assessed as everything else the Liberal leader does. He has, in his famously self-identified “flow-brain” (a pop psychology term for total immersion in an activity), the data and word pictures needed to sell the day’s offering.

Morrison also has in front of him a shuffle of papers with double-spaced notes on everything his campaign team thinks might be raised by journalists looking for an angle or finding some soft flesh to puncture.

He uses those notes, juggling papers and reading from them word for word.

It’s a sensible approach, reducing risk and minimizing the opportunities for the media to find a gap, a hole or a contradiction.

Most of the time it works, helped by Morrison’s formidable ability to bluster with word salad that often collapses into gibberish.

It’s all done with such self-belief and confected conviction, even the nastiest gotcha lazy journalist is left without a line of sight on what actually happened.

Morrison shouldn’t be allowed to get away with it but he has been given the benefit of the doubt since the pandemic kicked off two years and two months ago. All of this was a construct, like everything else this 24/7 political being does.

Learning from the way John Curtin handled the media during World War II, Morrison brought the leaders of the press gallery into the sanctum — they were given the deepest “off the record” background briefings with Health and Treasury officials. The briefings were very regular at first, sometimes more than once a week.

Through this relationship — which Curtin used to make sure the national media didn’t threaten the security of the war effort — Morrison protected his own personal and political security. He it was n’t about protecting the health and economic safety of the nation but he had a sole aim of controlling and owning the daily narrative to the single advantage of the most politically and ambitiously driven prime minister the country’s ever seen.

This is the never-ending campaign machine Morrison carries around with him, in his head and in those pages on his lectures. It is the complete melding of the campaign director (Morrison ran the Liberal’s New South Wales branch for more than half a decade).

The data might change but the mission never wavers — searching for the binary choice, dividing and conquering and to the winner the spoils, all of the spoils.

The Morrison playbook is called “genius campaigning” by some but it’s actually a very narrow set of skills. A close look at how Morrison moves, behaves and speaks in this campaign, and lining it up against what he did in 2019, shows there is not much difference, which is its purported brilliance and also its potential weakness.

This background provides insight into the way Anthony Albanese is handling himself during this campaign and how it’s being presented in the media.

Albanese has had genuine stumbles — not knowing the then official Reserve Bank cash rate and the unemployment rate were real, inexcusable foot-in-mouth moments — and he’s been awkward and unprepared in a few responses.

The inability to get through what should have been a simple question on Thursday — the six priorities of his own national disability insurance scheme plan — was also inexcusable and can only be attributed to poor preparation and a confidence in “winging it”, seen by colleagues as a weakness in the way Albanese handles things.

Albanese can be excused for not knowing the fine details of everything but there’s no excuse for not knowing enough to get through a question in a campaign media conference. 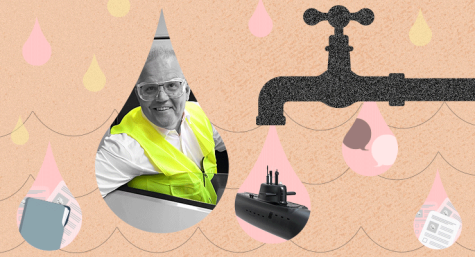 The Labor leader should have had enough of the basic detail in his mind to answer at least half of the question and then have enough rhetorical flourish at hand to get through the rest. It’s what Morrison does.

John Howard came out of his bruising time in the late 1980s convinced the way to beat Labor was to “get up earlier and go to bed later” than Labor, ringing all of the radio stations before breakfast and checking in with all of the newspapers before bedtime.

It was his operating system in the lead up to the 1996 election and he made sure the mistakes he made in the 1985/88 period were not repeated. A landslide was his reward from him.

This is how Labor and Albanese will need to approach the last two weeks if they want to secure victory.

Also, he should wean himself off the props of having shadow ministers as backstops. It has not served him well in the bigger scheme of things and recalls the 1980 election campaign when Labor had Bill Hayden travel the country with ALP president (and NSW rockstar) Neville Wran and ACTU president Bob Hawke backing him up. The comparison and contrast didn’t help at the end of a losing bid for power.

At the moment Albanese is metaphorically similar to the big theme behind Tennessee Williams’s Cat on a Hot Tin Roofa world running out of lives.