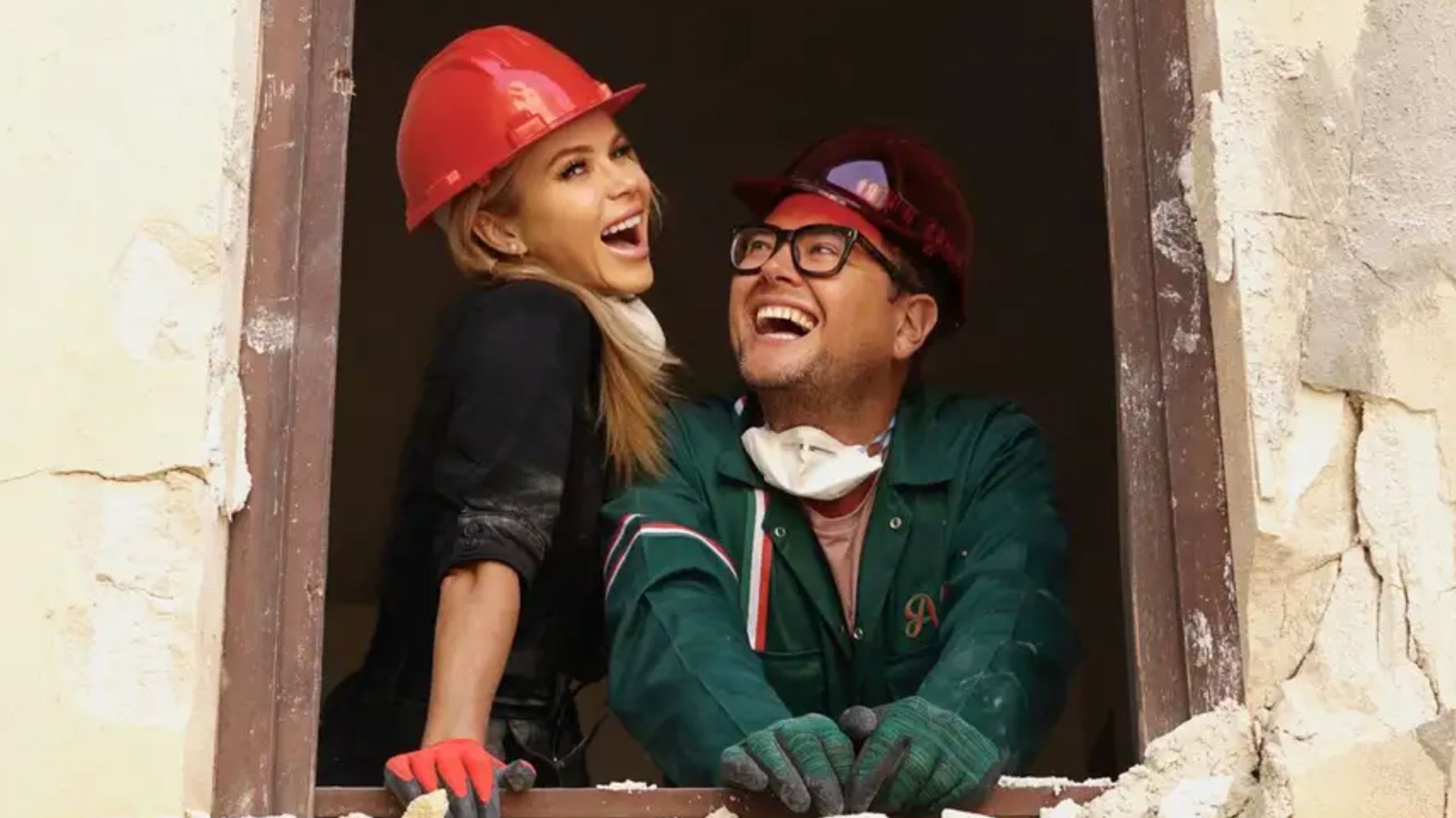 If you watched Alan Carr and Amanda Holden’s DNA Journey for ITV last year, you will already know that they are a glorious and fabulously camp TV duo.

Well, now the BBC has decided to throw some hard hats and paint rollers into the mix on a brand new show for the pair, and it sounds like a right old romp.

They are joining forces to renovate a dilapidated home in Italy in Amanda And Alan: The Italian Job.

The pair bought adjoining flats in rural Sicily – for a total of two euros – which they will knock together and transform into a large holiday home during the show.

The eight-part series will follow the duo as they roll up their sleeves trying their hand at skills from plumbing to painting and plastering, as well as throwing themselves into the local lifestyle and exploring the region of Italy.

The completed property will go on sale at the end of the summer with all profits donated to charity.

They have both renovated their own properties in the past but neither has tackled a project of this magnitude before.

Alan said: “After presenting two series of Interior Design Masters I feel now it’s time for me to pop my hard hat on, slip on my steel toe-capped boots and really get my hands dirty.

“Working in beautiful Sicily with one of my dearest friends is like I’ve won the jackpot.

Mandy said: “Alan and I came up with the idea for this show together and approached the BBC as we knew it was the perfect home.

“We are both very passionate about interior design and we’ll be very hands on, injecting some much needed life into an area of ​​Sicily that’s in need of some Holden and Carr magic.

“Although we’re on the same page most of the time, I’m more practical and organized than Alan.

“However, he’s up for some shameless bargaining so that will help us keep on budget.

“We’ve already started filming and one thing’s for sure, we’re not shy of a power tool.”

An airdate for Amanda And Alan: The Italian Job is yet to be announced.