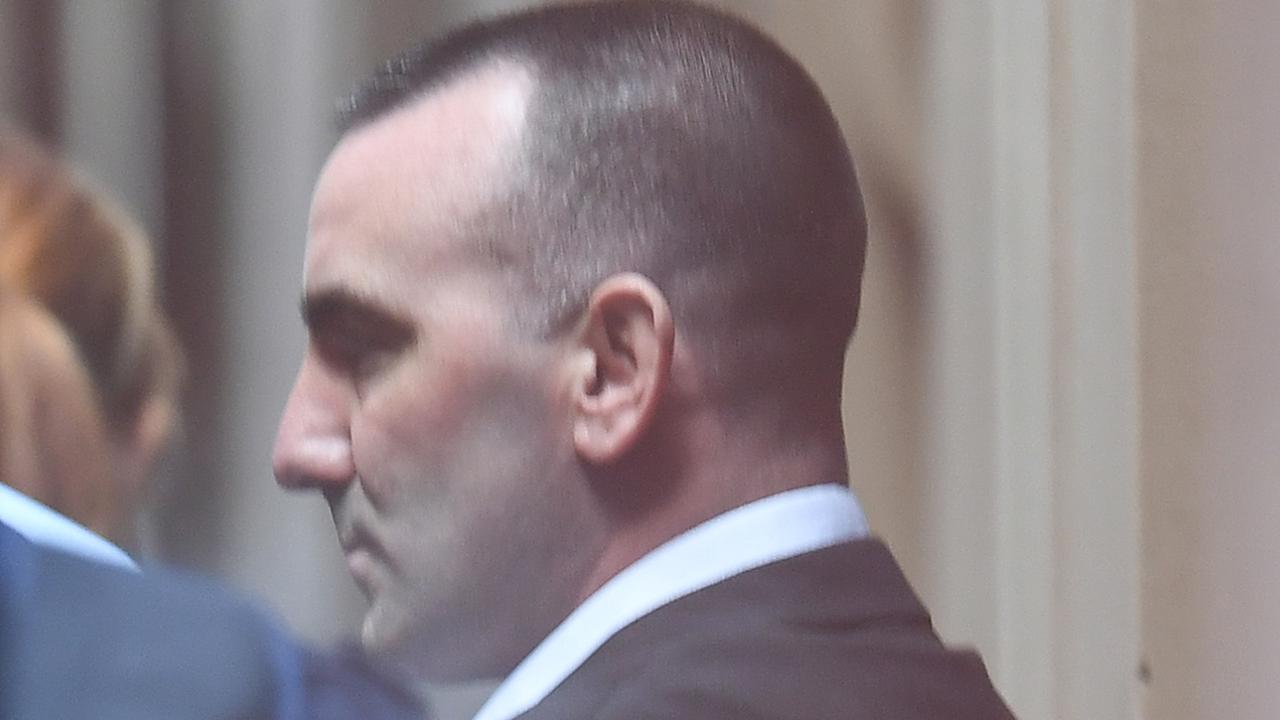 The 41-year-old admits committing 10 armed robberies with Bandali Debs, but denied joining him on August 16, 1998, when Sergeant Gary Silk and Senior Constable Rodney Miller were killed.

Roberts was instead at home with his girlfriend Nicole – Debs’ daughter – because he had a few drinks at dinner and wanted to talk about his upcoming 18th birthday, he told the jury.

In the early hours of August 16, Roberts said he went to use a downstairs bathroom and found Bandali Debs sitting on the couch with a gun on the coffee table in front of him.

Roberts said Debs told him he had shot Sen Const Miller once and Sgt Silk twice after they pulled his car over in Moorabbin in Melbourne’s southeast.

Sen Const Miller shot back at Debs, hitting his car, and a “shoot out” started, Roberts told the jury.

Debs explained he chased down Sen Const Miller but returned to his damaged Hyundai when he saw other cars approaching, the jury was told.

Sgt Silk was shot again by Debs who grabbed his police notebook before leaving the scene, Roberts said.

Asked if it was him who shot Sgt Silk and Sen Const Miller, Roberts told the jury he “certainly did not”.

He also denied being there with Debs that night.

In the witness box, Roberts repeatedly admitted lying to the police about his knowledge of the murders and Debs’ involvement because he didn’t want to implicate himself in the armed robberies.

Roberts helped repair the car’s damaged windscreen but did not tell his girlfriend or anyone else what caused the damage, the jury heard.

He also told officers he did not recall where he was the night of the murders but Roberts on Friday acknowledged that he was a lie.

“I tried to distance myself,” Roberts said in his evidence. “I knew what (Debs) had done and I didn’t want to be dragged into it.”

Roberts and Debs were convicted of the police murders 20 years ago, but Roberts’ conviction was overturned on appeal and a fresh trial was ordered.

He has pleaded not guilty.