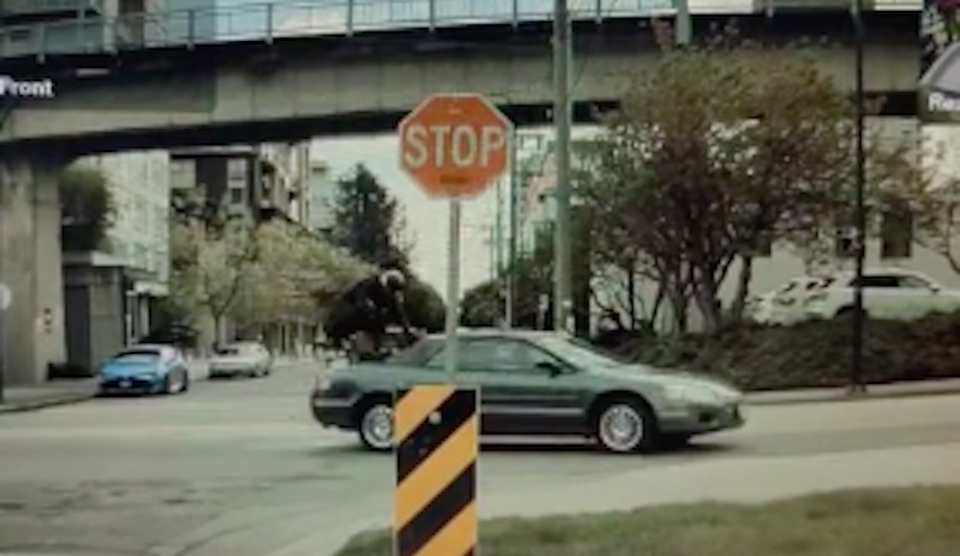 The motorcycle rider goes flying above the car and lands hard on the pavement.

A Vancouver man has shared dashcam footage of a serious collision involving a motorcycle and a vehicle on social media.

The motorcycle rider goes flying above the car and lands hard on the pavement. Someone immediately runs into the street to see if they are okay.

Phillip Slapping tells Vancouver Is Awesome that he wasn’t in his Tesla when the car’s camera recorded the accident. However, when he got back to his car, Vancouver police were at the scene and he submitted the video for their file.

VIA has reached out to the Vancouver Police Department for further comment.

Warning: the video contains graphic footage of the collision. You must be over 18 to view it.