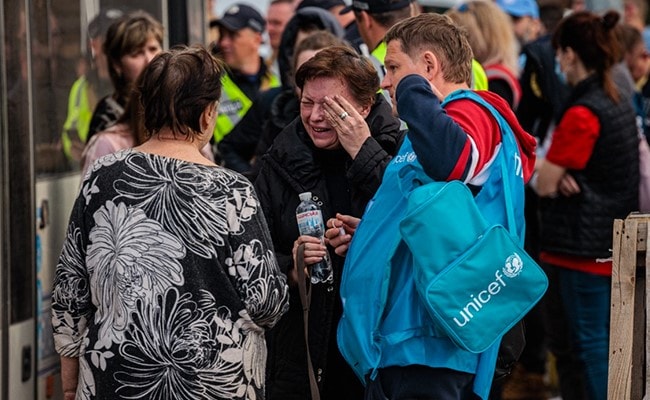 A new UN convoy was expected in Mariupol Friday to evacuate civilians from the “bleak hell” of a besieged steel plant that has become the last pocket of resistance against invading Russian forces in the southern port city.

The Russian military had announced a three-day ceasefire at the site starting Thursday but a Ukrainian commander said there was still heavy fighting at the sprawling Azovstal complex, where hundreds of soldiers and civilians have been holed up for weeks under heavy bombardment.

Ten weeks into a war that has killed thousands, destroyed cities and uprooted more than 13 million people, Russia has focused its efforts on Ukraine’s east and south, and taking full control of the now-flattened Mariupol would be a major victory for Moscow.

“A convoy is proceeding to get to Azovstal by tomorrow morning hopefully to receive those civilians remaining in that bleak hell,” UN humanitarian chief Martin Griffiths told a Ukraine donor conference in Warsaw on Thursday.

The mayor of Mariupol estimates around 200 civilians remain sheltering in dismal conditions in the plant’s Soviet-era underground tunnels.

“We still have to evacuate civilians from there, women and children. Just imagine… more than two months of constant bombing and constant death,” Ukrainian President Volodymyr Zelensky said in his evening address on Thursday.

The International Committee of the Red Cross (ICRC) told AFP “that a safe passage operation is ongoing” in coordination with the UN. The two organizations have already worked together to evacuate some 100 civilians from the complex.

Speaking to the Israeli prime minister Thursday, Russian President Vladimir Putin said his military was ready to allow civilians to leave, according to the Kremlin.

“As for the militants remaining at Azovstal, the Kyiv authorities must give them an order to lay down their arms,” ​​Putin said.

A commander of the Azov regiment defending the factory said in a video on Telegram that there was still heavy bloody fighting.

“The Russians violated the promise of a truth and did not allow the evacuation of civilians who continue to hide from shelling in the basement of the plant,” Svyatoslav Palamar said.

(This story has not been edited by NDTV staff and is auto-generated from a syndicated feed.)