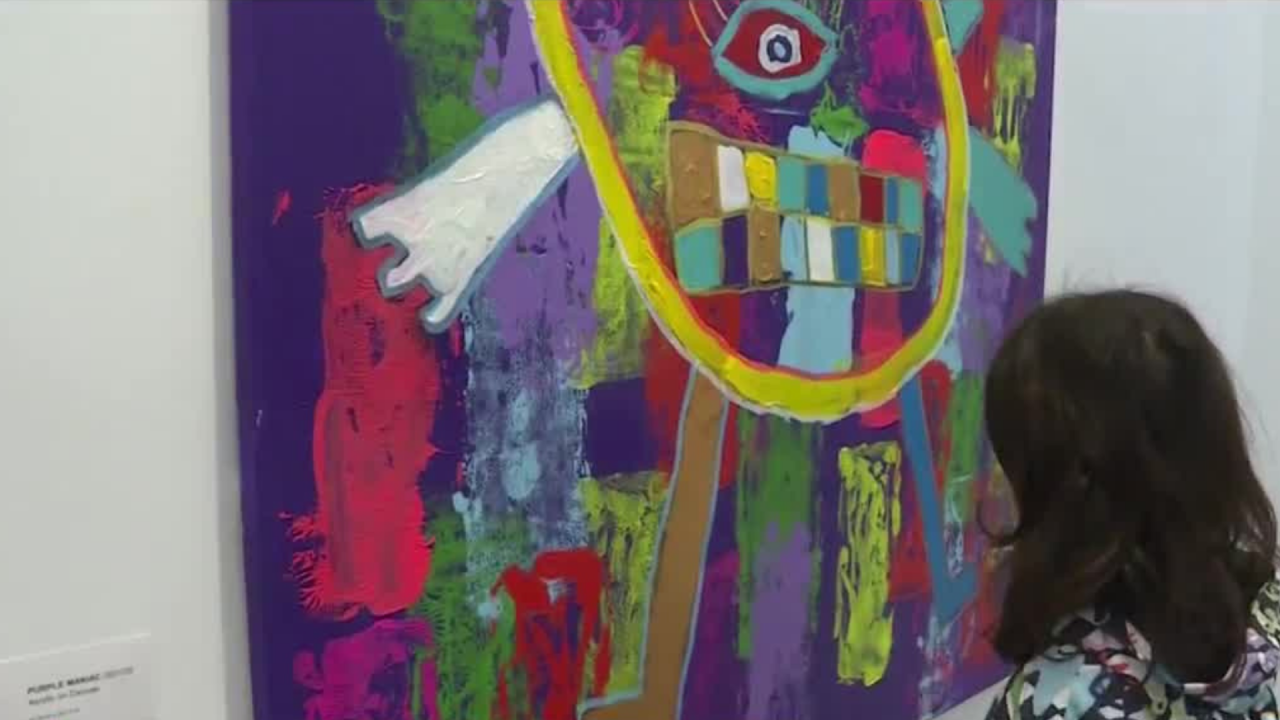 CHELSEA, MANHATTAN – At only 9 years old, German-born artist Mikail Akar has created profound pieces of abstract art and is traveling internationally to showcase his work.

One stop on his world tour is the High Line Nine Gallery in New York City – his favorite city, he told PIX11 News.

“It’s really cool here and all the people here are really friendly to me,” Akar said.

His family discovered his talent after his fourth birthday when they didn’t gift him the suspected Legos or shiny toy cars.

“I [got] a canvas and finger paint and then the next day I [drew] a picture,” Akar said.

His manager, Alex Washkovick, said Mikail’s mother came home from work and saw that painting. Initially, she did not think her son de ella was the one who made it.

“[She] asked the father if the father painted the painting and he said ‘No, I think this was Mikail’ and they started giving Mikail more and more canvasses, more and more paint, and it kind of took off from there,” Washkovick said.

Mikail is known in the art community as ‘Young Picasso,’ but his father says he’s a normal kid with many friends of his own age. The boy also loves to play soccer and instruments.

The exhibit is called ‘Colorful: New York’ and Christian Maxwell, executive director of the gallery, is honored to have his work on display.

“Mikail has such a kind and compassionate personality,” Maxwell said. “He’s so creative. He’s such an eloquent speaker and I think the way that he interplays with art, that’s something that a lot of parents in our neighborhood and a lot of the kids in our neighborhood have been really inspired by. ”

Mikail goes back home to Germany on Wednesday to rest up before the next leg of his international tour, but the exhibit will be at the High Line Nine Gallery until April 30.