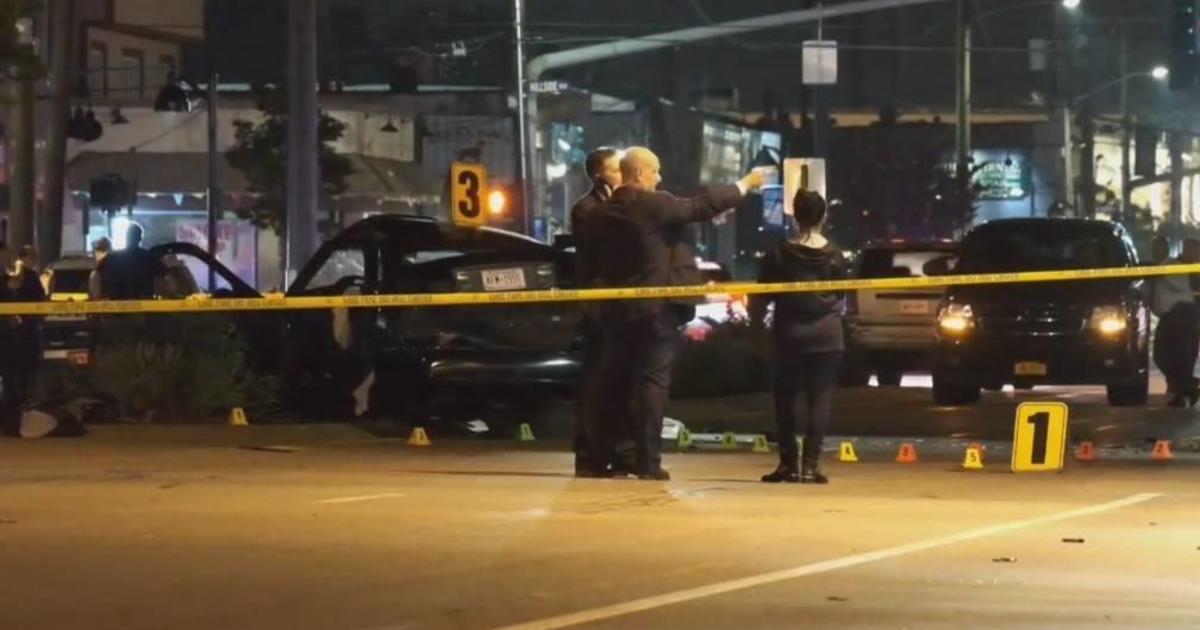 NEW HYDE PARK, NY — Three people were killed in a crash on Long Island and police said the driver who caused it was intoxicated.

Surveillance video shared with CBS2 shows the driver of the Lincoln slowly trying to take a left onto Jericho Turnpike when a Mercedes plowed into it. The impact sent both cars flying down the street.

Three women in the backseat of the Lincoln died. The driver and two other passengers were taken to the hospital in stable condition.

A witness, who works at the nearby Table 7 restaurant, said he heard a loud bang at around 11 pm Saturday, ran outside, saw the mangled cars and called 911.

“Right away, I just see a Mercedes-Benz coming through crashing into an Uber driver that was turning. It looked like a T-bone, a little bit, and it was devastating. It was, like, elderly people that was in there , just really sad,” he said.

Lennon’s injuries are considered non-life-threatening and he will be rooted as soon as it is medically possible, police said.

Christina Fan joined CBS2 News as a general assignment reporter in spring of 2019.