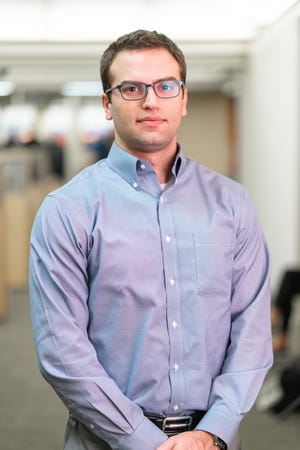 We all want good health; we even toast to it. But how do we know what to do to ensure that good health? Some things seem obvious, like eating a healthy diet, getting quality sleep and exercising regularly. Other times in the face of technical information it is tempting to throw our hands in the air and say, “I just don’t know.” That’s often the case with three screening tests that many patients aren’t aware of. But knowing about them could change your life.

Often if we can identify a health issue earlier, there is a greater chance for avoiding, resolving, or better managing the condition. Health screenings can find issues even if you aren’t having symptoms, so they make sense to keep your good health, particularly if you have associated risks. Read on and talk to your health care provider if you think you are a candidate for these checks.

Have you ever filled water balloons on a hot summer day? Did you accidentally fill any of them a bit too much? If so, you inadvertently demonstrated LaPlace’s law of physics, which states that tension in the wall of a curved structure is proportional to pressure times radius. As the balloon gets bigger and bigger the tension in the rubber goes up exponentially, until it pops.

This phenomenon is harmless when it comes to balloons, but it is the same principle that governs tension in our arteries. The biggest artery in the body, the aorta, is especially vulnerable. When weakened by smoking, age and high blood pressure, the aorta can begin to stretch over time and then increase your risk of a rupture. Because so much of the body’s blood supply travels through the aorta, if it should rupture the patient bleeds so quickly (internally) that there is very little time to intervene.

Fortunately, we can predict both who is at risk for this condition as well as check to see if it is already present. Ultrasound and CT scans can easily determine the diameter of the abdominal aorta and track changes over time when it is abnormal. We can detect these changes early enough to plan for procedures that fix the bulge or aneurysm. This lead time is an essential part of any good screening test.

Who is it for? The United States Preventive Services Task Force (USPSTF) recommends one-time abdominal aortic aneurysm screening with ultrasonography for men aged 65 to 75 who have ever smoked. The American College of Cardiology and the American Heart Association support a similar recommendation.

In broader culture, the 1960s and 1970s are known for their clothing and music. But among healthcare professionals, we also remember that time for the emergence of the hepatitis C virus (HCV). Before we even realized its existence, the virus had begun circulating in the population. Now it continues to echo through healthcare. We learned that HCV can linger in the body, attacking the liver and causing scarring and even cancer of the liver.

For years our options for treating HCV were quite limited. Cocktails of medication were difficult to tolerate and often did not work. For many patients, the best we could hope for was to monitor closely enough to catch cancers early. Then in the 2000s breakthroughs in research and development resulted in several new treatment options that were both much better tolerated by patients and extremely effective at clearing HCV.

As new treatment options became available and patients outside of the baby boomer generation were noted to have increasing rates of HCV infection, the medical community took an in-depth look at screening recommendations. The improved health outcomes associated with screening and testing were enough to expand screening recommendations to make this a routine test; one-time for some and more frequent for those with risk.

Who is it for? The USPSTF recommends one-time screening for hepatitis C virus (HCV) in all adults aged 18 to 79 and periodic repeat screening for patients at high risk for contracting HCV.

What do the Beatles and lung cancer screening have to do with each other? Godfrey Houndsfield, an employee of the recording company for the Beatles, developed the technology for Computed Tomography (CT) scanning. He turns out that more British tax dollars may have gone into developing the project than the amount of profits from Beatles albums, but the CT scanner was a true game-changer in medicine.

For decades medical professionals had been trying to detect lung cancer at an early stage with plain X-rays. Each big study kept coming up ineffective. Then, when CT technology had advanced enough and epidemiologists knew who was at the highest risk, the code for lung cancer screening was finally cracked.

A low-dose CT scan for lung cancer can help detect abnormal areas in the lungs early and make it possible to start treatment before it may have spread.

Who is it for? The USPSTF recommends annual lung cancer screening with low dose computed tomography (LDCT) in adults ages 50 to 80 who have a 20-pack-year smoking history and either continue to smoke or have quit within the past 15 years.

There is a saying that “ignorance is bliss,” but when it comes to your health, ignorance can have real consequences. Health screenings work to detect conditions, or early signs of them, with good lead time to intervene with treatment that can often be lifesaving.

For example, the USPSTF recommends colorectal cancer screening for adults ages 45 to 75, which saves lives every year. Many people (without a history of colon polyps or other issues) can take a simple mail-in FIT test right at home. If the FIT tests detect small amounts of blood, then they will need a colonoscopy, which can detect polyps or cancer early. If a polyp is found, it is usually removed to prevent the cancer it would have caused.

Staying up on your routine screenings and asking your provider about screenings that might be right for your risks and age are relatively small actions that can make a big difference in your health.