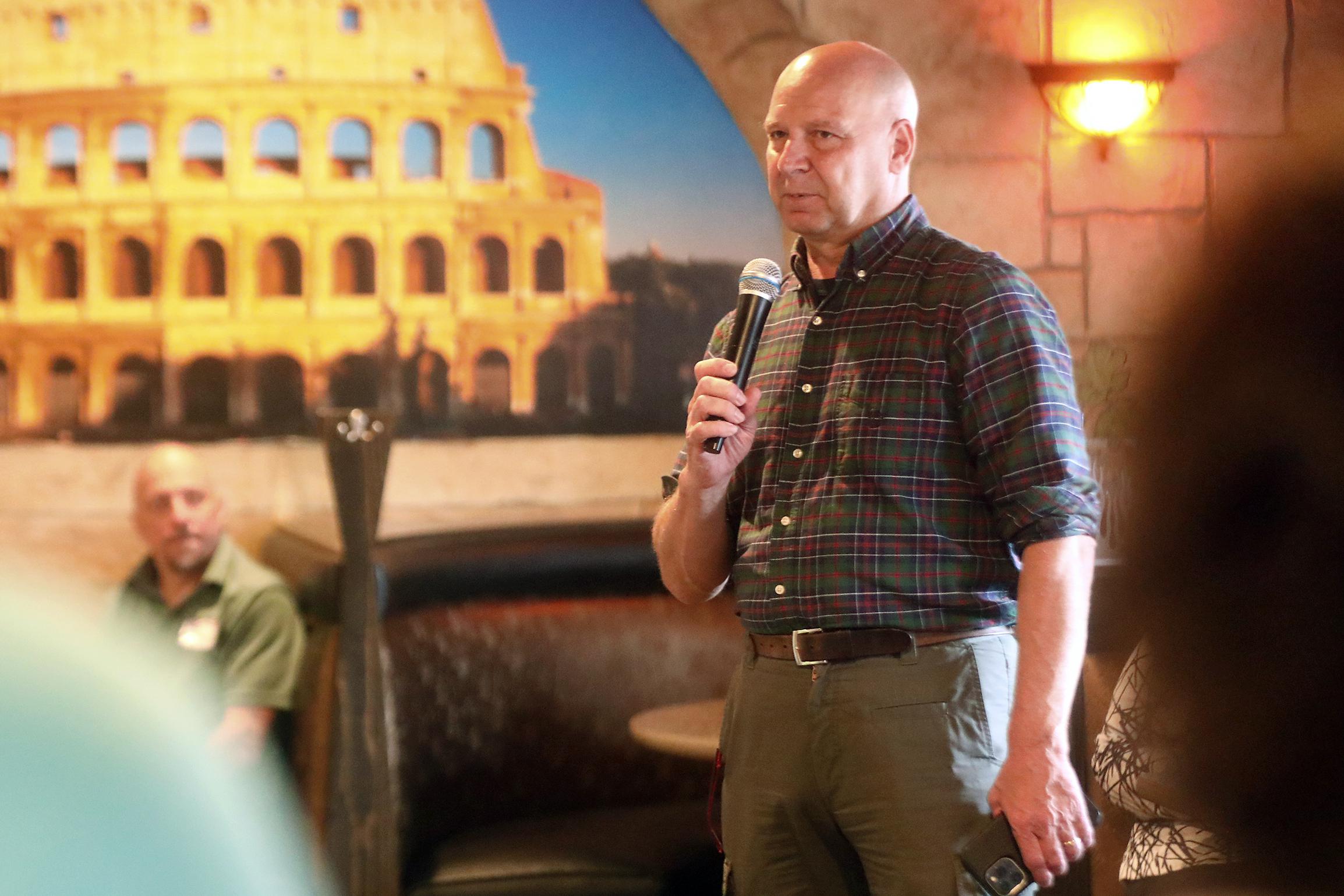 HARRISBURG, Pa. (AP) — As Pennsylvania Republicans prepare to choose a nominee for governor Tuesday, some party officials are twisted in knots over the possibility of a primary victory by a candidate many see as too far to the right to win statewide this fall .

Doug Mastriano, a retired US Army colonel and state senator since 2019, has led polls while spending a fraction of the money that some of the other eight candidates listed on the Republican primary ballot have spent.

Mastriano recently won the endorsement of Donald Trump after working with the former president to overturn his loss in 2020′s election in the presidential battleground state and helping spread Trump’s lies that widespread voter fraud cost him victory. Many party officials urged Trump not to endorse Mastriano, fearing he cannot win over the moderate voters necessary to prevail in politically divided Pennsylvania.

Democrats, meanwhile, are united behind the state’s two-term elected attorney general, Josh Shapiro. He is uncontested on the primary ballot after wrapping up the endorsement of the state party and its top allies, including the AFL-CIO, and raising more than $20 million since early 2021.

Shapiro helped cement his reputation with a landmark grand jury investigation into child sexual abuse coverups inside Pennsylvania’s Roman Catholic dioceses and defending Pennsylvania’s 2020 election result against attempts in court to overturn it by Trump and his allies.

They are vying for the right to succeed Democratic Gov. Tom Wolf, who is constitutionally term-limited after entering office in 2015. The winner is likely to share power with a Republican-led Legislature, where entrenched GOP majorities have controlled the floors for nearly all of the past three decades.

Mastriano has insisted to supporters that he is not a far-right candidate and that his platforms — including eliminating mail-in voting, expanding gun rights, banning abortion and banishing school property taxes — enjoy broad support.

Rather, he says Democrats — including President Joe Biden — are far-left radicals while the Republican “swamp” is trying to defeat him. Shapiro’s campaign, meanwhile, is running a TV ad portraying Mastriano as extreme and saying that if Mastriano wins, “it’s a win for what Donald Trump stands for.”

Republican voters will see nine names on the ballot for governor, even though two — Jake Corman and Melissa Hart — say they have ended their campaigns and endorsed former US Rep. Lou Barletta as part of a last-ditch attempt to help defeat Mastriano.

Barletta has picked up a number of endorsements by current and former Republican officeholders, including members of Congress.

Besides Mastriano, Barletta, Corman and Hart, also on the Republican ballot for governor are: Joe Gale, a Montgomery County commissioner; Charlie Gerow, a marketing consultant and longtime conservative activist; Bill McSwain, a lawyer who was the Trump-appointed US attorney in Philadelphia; Dave White, who runs a large plumbing and HVAC firm and is a former Delaware County councilman; and Nche Zama, a retired heart surgeon who has directed units at various hospitals in Pennsylvania.