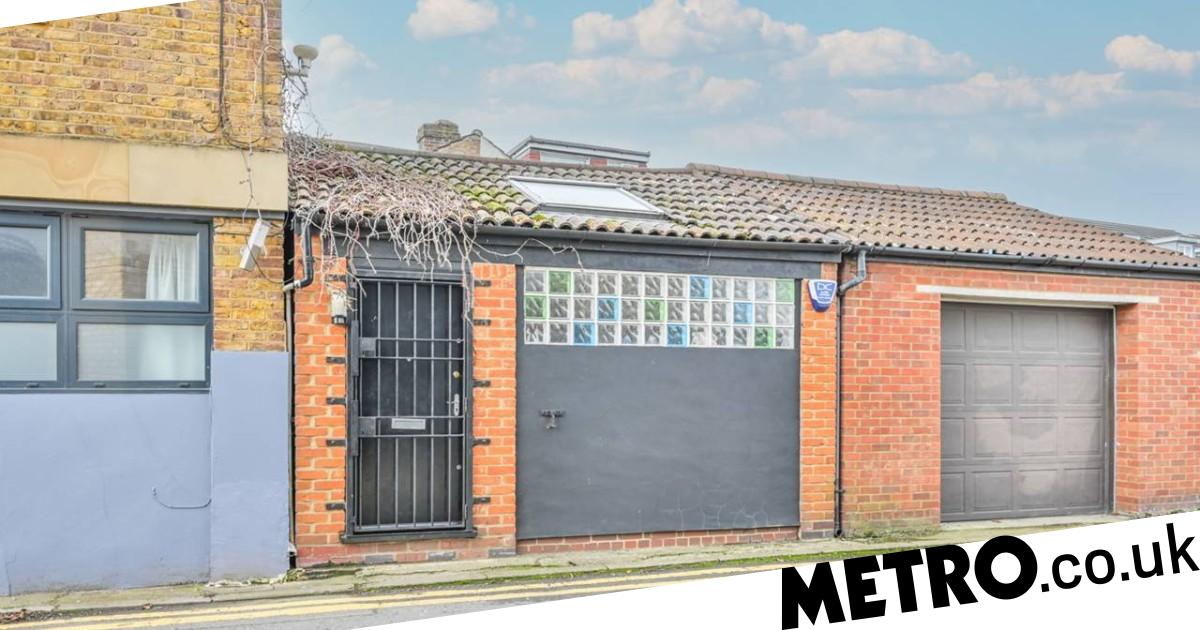 By London standards, this studio flat in Chingford is almost a bargain.

We do mean that in quite a literal sense, by the way, as you can only access the bed in this property by clambering up a few rungs.

Yep, the ‘mezzanine sleeping area’ of the studio, marketed by Foxtons, is only accessible via a ladder… along with a rather daunting step once you’re up high above the nice wood floors.

It’s clearly a way to make the most of the small space, which was previously a cart lodge before being converted into this ‘charming’ home.

We’ll give you a quick tour, although there’s not much to take in.

You enter through the front door to find a hob, a sink, an oven and a fridge – your kitchen area – to the left.

Take a few steps forward and you’ll be in the bathroom, described as a ‘stylish’ feature with a ‘jet shower’.

To your right is the living area, where the previous tenant has placed a rail of clothes and a sofa, then above that is your ‘bedroom’ – up that ladder we mentioned.

You would get a decent location in return, on Cart Lane, just a few minutes walk from Chingford station and with a nice local fish and chip shop.

Be warned, though, that the properties on either side appear to be garages, so you can expect awkward chats with your neighbors as they retrieve their cars in the morning.

Get in touch by emailing MetroLifestyleTeam@Metro.co.uk.

MORE : Norwich house on sale for £425k has a very exposed en-suite bathroom with glass walls

MORE : Inside the UK’s most expensive studio flat, on sale for £1.85million

MORE : What I Rent: Faria, $1,960 a month for a two-bedroom townhouse in Sydney, Australia

Get all the need-to-know property news, features and advice from Metro every week.