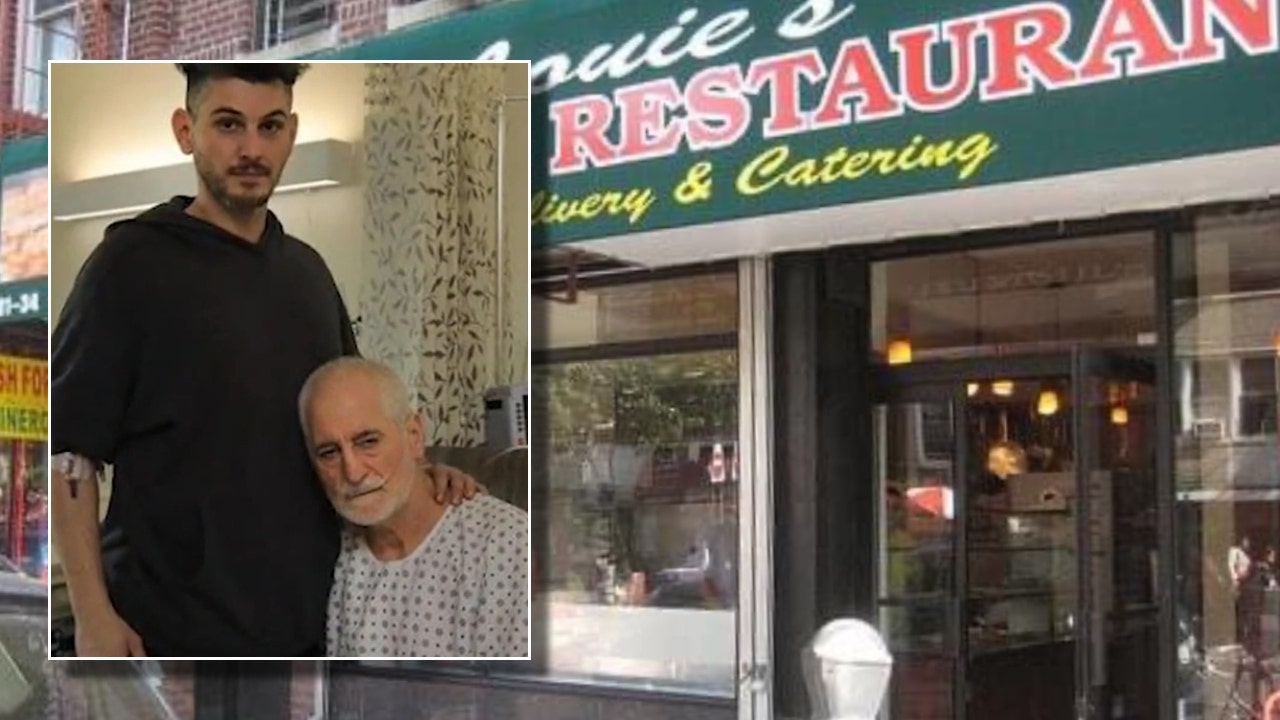 The owner of Louie’s Pizza & Restaurant in Queens, New York, and his father made headlines in March when they were hailed as heroes after being stabbed while attempting to stop a robbery outside their establishment.

On Tuesday, owner Louie Suljovic, 38, and his 68-year-old father, Cazim Suljovic, got one step closer to justice when a Queens County grand jury indicted and arraigned two men in connection with the stabbing.

“As alleged, the defendants targeted two women to steal their handbags and stabbed two good Samaritans who selflessly intervened during one of the incidents,” Katz said in a Tuesday statement. “Thankfully, no lives were lost but we will not allow senseless violence to become the norm in our communities. Both defendants now face serious charges for their alleged actions.”

On March 26, Louie and his father were inside the pizzeria when they saw two men push a 61-year-old woman from behind and take her bag, according to a criminal complaint.

The Suljovics ran outside to intervene, at which point Gooding and Whack allegedly brandished knives and stabbed both father and son.

NYC FATHER AND SON STABBED WHILE STOPPING A ROBBERY: ‘THE VERY BEST NEW YORK HAS TO OFFER’

Louie previously told Fox News host Ashley Strohmier that the decision to run to the woman’s aid was “just part of our character.”

“My father’s character – he taught us to do the best thing for everybody and always try to protect people,” he said. “We have to do something for other people who are weaker, who can’t do for themselves.”

He added that “the change of the bail reform” in New York City “has now created a new breed of criminals that know they can do whatever they want and get away with it.”

Suljovic kept his restaurant open throughout the coronavirus pandemic and donated food to his community when it was needed, but he now believes actions from his city leaders are harming his neighborhood.

“During the pandemic, Louie remained open and donated meals to Elmhurst Hospital staff and first responders,” the New York Police Department’s 110th Precinct tweeted after the attack. “He and his father de el are among the very best New York has to offer. We thank them for their bravery and wish them a speedy recovery.”

Whack and Gooding are also accused of robbing a 75-year-old woman 10 days earlier.

Both men face up to 25 years in prison.

Audrey Conklin is a digital reporter for FOX Business and Fox News. Email tips to audrey.conklin@fox.com or on Twitter at @audpants.