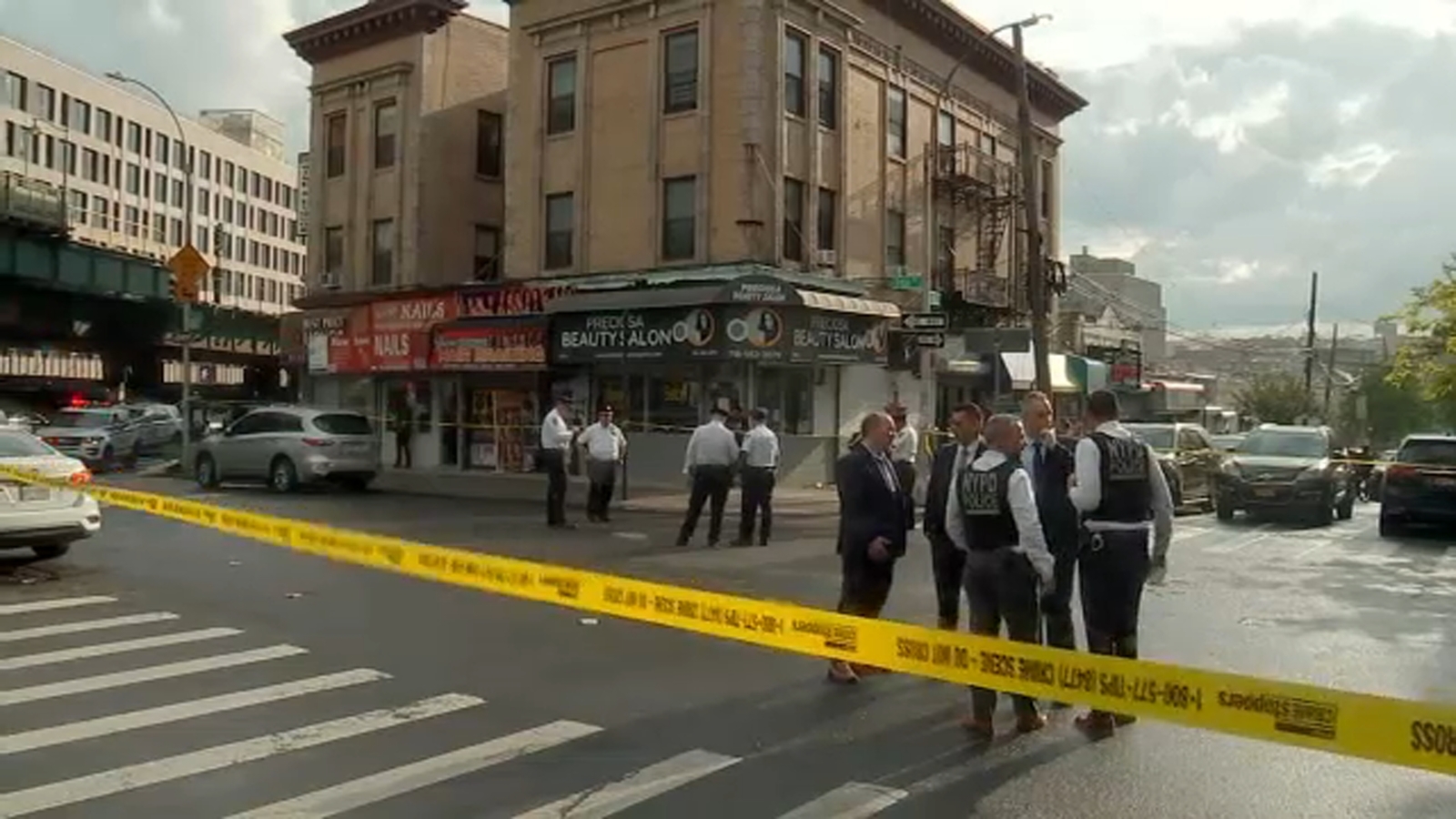 LONGWOOD, Bronx (WABC) — An 11-year-old girl is dead after she was shot in the stomach by a gunman riding a scooter in the Bronx Monday night.

Police say the incident happened just before 5 pm at 995 Westchester Avenue in the Longwood section.

NYPD officials say a man was being chased by two suspects riding a scooter headed from Fox Avenue to Westchester Avenue towards 165th Street.

The man then attempted to enter 1015 Fox Street, causing the scooter to pass him. That’s when police say he began running in the opposite direction.

The passenger on the scooter then fired shots at the man.

Police say one of the bullets struck the 11-year-old girl in the abdomen approximately a half block away on Fox Street.

“You can’t just move on from seeing something like that,” witness Lillian Johnson said.

Lillian Johnson and Maya Jones were getting their nails done Monday afternoon, when from outside they heard yelling and then gunshots.

That’s when the 11-year-old girl bursts into the salon, desperate for help.

“She just kept saying like ‘ow’ and holding her stomach,” Johnson said.

“We didn’t know where it was, we didn’t know if it was like her leg or her chest until we zipped down and we saw the wound, the wound on her stomach,” Jones said. “And then she ended up passing out on the floor.”

She was taken to Lincoln Hospital, where she later died from her injuries.

ALSO READ | Man reunited with doctor, officers who saved his life at airport

Of course, the bullet was not meant for her. It never is.

“She’s 11, kid’s got a future and stuff like that makes no sense to me,” Jones said. “It’s traumatizing cause it could be anyone.”

Officials say the girl was walking outside with family at the time of the shooting.

“This is very very difficult for us to accept,” said NYPD Deputy Chief Timothy McCormack. “This is the second child that’s shot in this borough this year. An 11-month-old and now an 11-year-old.”

Police released surveillance video capturing the shooting and the individuals they are looking for.

They are asking for help in identifying both the intended target and the two suspects chasing him on the scooter.

No arrests have been made and the investigation is ongoing.